Starbucks launches ‘Every Table Has a Story’ across cinema, BVOD, online video, social and owned channels 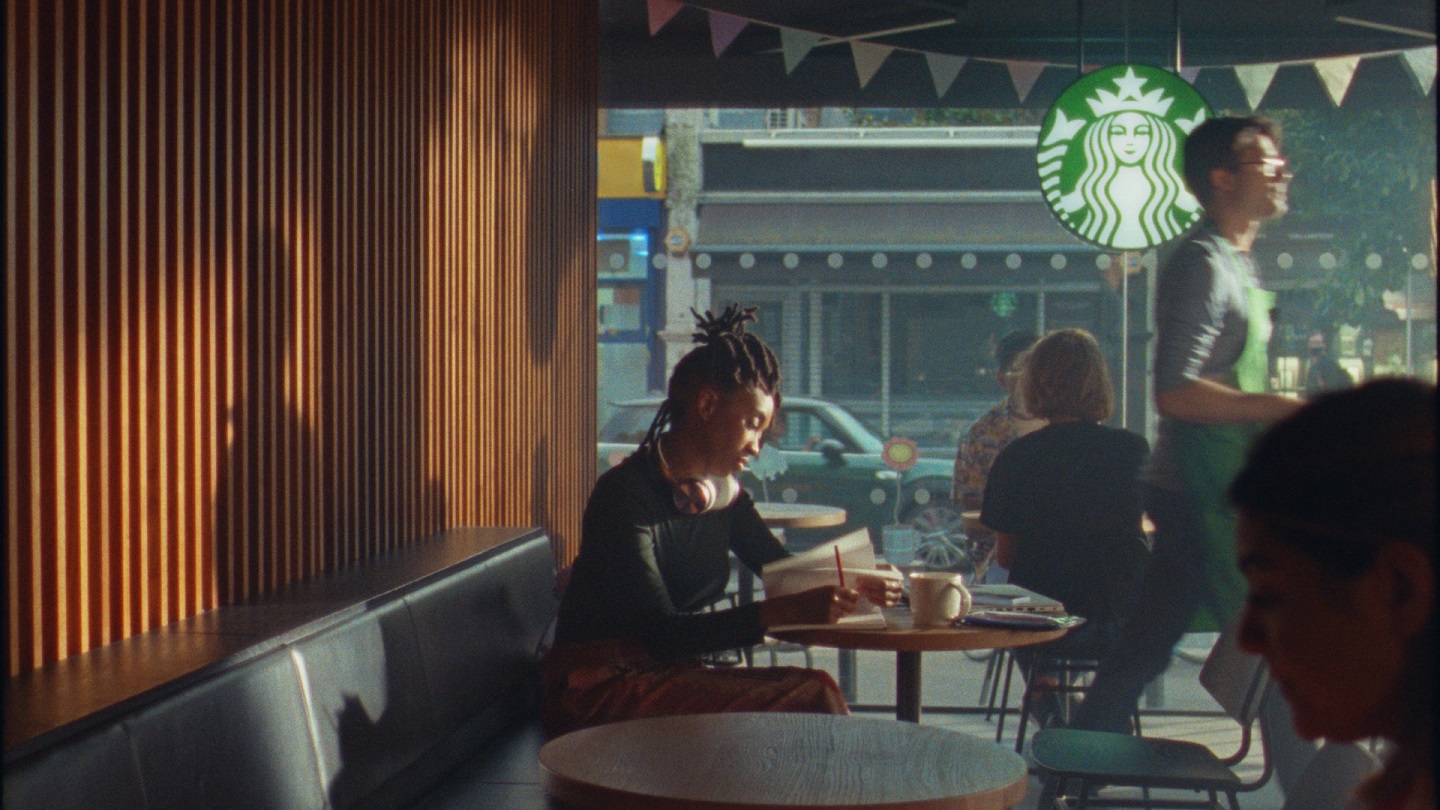 Starbucks UK has launched a campaign titled ‘Every Table Has a Story’ which aims to reinstate Starbucks as an inclusive and inspiring “Third Place, where all are welcome to work, reset, connect and further their passions”. The campaign is a response to the renaissance in working from coffee shops as the working from home culture becomes the norm following the pandemic.

The hero film shows a year in the life of Kay, a creative entrepreneur as she weathers the lows and highs of making it on her own, all from the same table at Starbucks. It will run in 60-second, 30-second and 20-second versions across cinema, BVOD, online video, social and owned channels, including in-store.

The campaign was created by Iris, its last piece of work for Starbucks at the end of a 5-year partnership. Iris worked closely with production company, Sweetshop Films, to produce the campaign. Media buying is handled by Havas Media with PR support from Edelman.