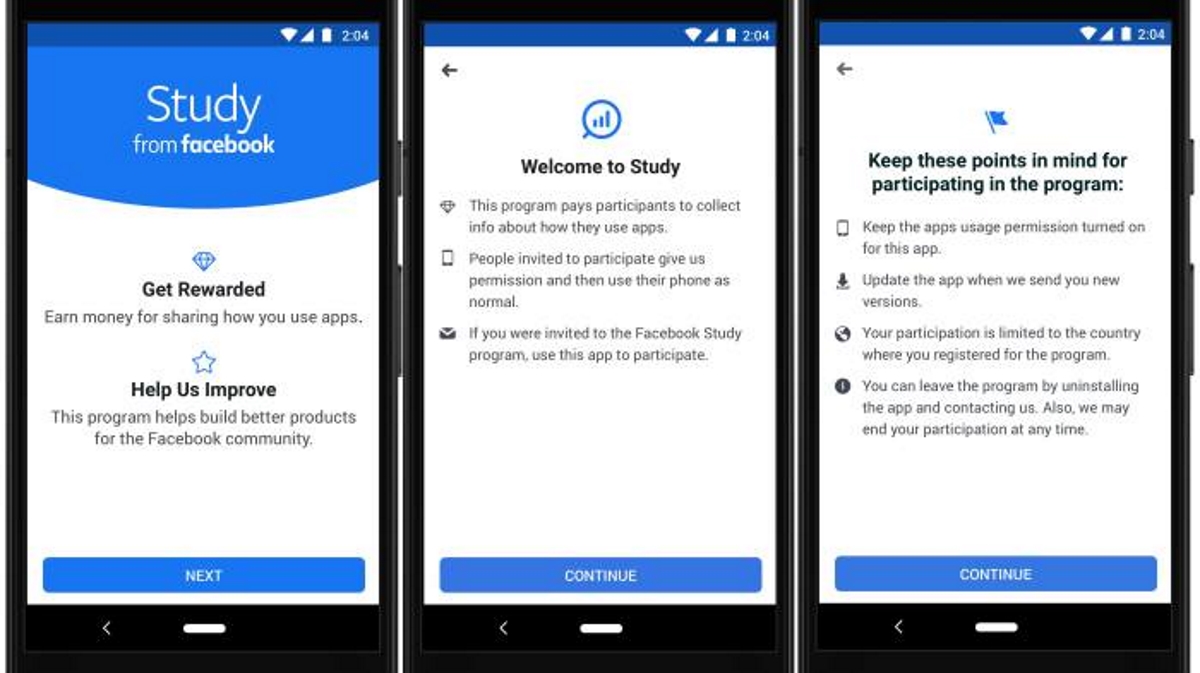 Facebook has launched a market research app to enable it to collect data on the apps people use, where they live, the device they use, and their mobile network. The app is the successor to a similar controversial app, called Facebook Research, which was uncovered earlier this year.

Users will be encouraged to download Study from Facebook via ads. Once downloaded, the app will begin to collect and analyse the apps installed on the person’s phone, the amount of time they spend using those apps, the features they use in the apps, and their country, device, and network type.

The social network promises not to collect user IDs, passwords, photos, videos, or messages. It also says it will not sell the information to third parties, use it to target ads, or add it to the person’s Facebook account.

Participants will be compensated for giving Facebook access to their apps and, unlike the previous iteration of Facebook’s market research project, will all be people 18 and older. The app is only available via Google Play in the US and India, for the time being.

The company’s Facebook Research product came under fire earlier this year when a TechCrunch investigation found people as young as 13 years old were being paid up to $20 a month, plus referral fees, to have the VPN app on their devices.

Facebook was immediately forced to shut down the iOS version of the app, but the Android version continued to be available.

This app, much like the social network’s Onavo app, had the potential to access private messages, emails, web browsing history, app installs, and information about app usage, location history, and data usage.

With its latest market research effort, Facebook is promising more transparency, and will even send ‘periodical’ reminders to people that they are part of the program.

“Approaching market research in a responsible way is really important,” said Sagee Ben-Zedeff, product manager at Facebook, in a blog post. “Transparency and handling people’s information responsibly have guided how we’ve built Study from Facebook. We plan to take this same approach going forward with other market research projects that help us understand how people use different products and services.”