As we covered in our Big Issues piece earlier this week, ad blocking is becoming an increasingly important topic for mobile marketers to be aware of, and one that is causing considerable divides among different sides of the industry.

With some people claiming that changes in web browsers and network infrastructure could undermine the entire ad ecosystem, while others say that any dangers are overblown and unlikely to impact the industry as a whole, who should we believe? And what solutions are there in place to combat the rise of the ad blockers?

Jon Hook, vice president, advertising strategy, Phunware:
Lets get some context here - ad blocking is nothing new. Just because a few very smart companies are on the PR drive around their VC funding does not mean we need to panic. Some 400 million users have downloaded Ad Block on their desktop. Or how about the 37% of desktop users block third party cookies and 28% that block first party cookies according to Comscore – isn't that a form of ad blocking?

And lets not get caught up in the Apple/Google turf war, with the latest skirmish set to follow the content-blocking extensions announced as part of the iOS9 update. Goldman Sachs estimate 75% of Google’s mobile search ad revenue comes from ads viewed on iOS devices. A coincidence perhaps?

From a consumer point of view the rise in ad blocking adoption is a clear signal of intent that they will no longer tolerate lazy advertising from brands and are demanding more contextually relevant information, services and content. For brands, with true ad blocking, (where the ad is blocked before it hits the creative ad server ) the advertiser isn't charged for these impressions and budget can be reallocated toward more effective ad placements

Alex Kozloff, acting marketing & communications director, IAB UK:
Almost every culture has an idiom that covers the human desire to want something for nothing. My personal favourite is the Italian saying ‘You can’t have the barrel full and the wife drunk’, but perhaps the most relevant to the adblocking debate would be the Turkish “If you like the roses, you have to put up with the thorns”.

Fortunately, it is a relatively small proportion of people who see digital advertising this way, with only 15% of British adults currently using adblocking software according to recent IAB research. This figure decreases further for smartphone adblocking, where the same survey saw only 3% of Britons employing adblockers on their smartphones

The IAB study shows that less than half (44%) of British adults online are aware that most websites are free because they’re funded by advertising, and interestingly, knowing this doesn’t change their attitude much. Only 10% said they would be less likely to block ads after being made aware that ads fund free content. Clearly we have to work as an industry to both educate consumers on the value of the free content they get online, and also to continue to improve the customer experience to make sure digital advertising is perceived as part of the flower, not the thorn.

Libby Robinson, managing director for EMEA, MC Saatchi Mobile:
Ad blocking is nothing new, users have been downloading extensions to block ads on their desktop browsers for years. However, on mobile there have only been very limited ad block options for iOS and Android. Apple's recent announcement to allow developers to create ad blocking software for Safari's mobile browser is the first significant move in the mobile space.

For marketers utilising mobile as a key advertising channel this news shouldn't be cause for panic. In-app mobile inventory far outweighs mobile web inventory in terms of both scale, and more often than not conversion. This is in-line with users attention. We spend 80% of our time in apps and just 20% browsing the mobile web.

Furthermore, it doesn’t look like ad blocking will be the default – users will have to know about the option and choose to block ads. The change may not be as sweeping as some industry insiders are suggesting.

The move by Apple doesn't come as a surprise and is aligned with their overarching strategy to move iPhone and iPad users off the web and into their Apple-certified ecosystem of apps to read, watch, search, and listen.

At the end of the day the majority of these app developers and content creators depend on ads as a business model, they pay the bills. Apple is betting that consumers  will gravitate to the best experiences and the best content – apps. However, although many users may not realise, there is no such thing as free. Ads allow new content, new apps, better apps and better experiences – they pay for innovation.

Steve Ricketts, managing director, ATAO:
The rise of ad blocking tells us that at least part of the ad industry has got it wrong - some ads have become too intrusive – and this is impacting the wider industry. Consumers appear to have the right to block ads (just as they use other services to improve browsing). The real question is ‘how will publishers deal with this?’.

Some will ignore it for now, where ad blocking is a low proportion of their usage such as app developers. Others will pay to be whitelisted, but will margins allow this in the long term? Will some block access to content in return? Others will try smarter solutions from explaining the impact to customers (such as The Guardian) through to offering micro-payments to browse ad free. If well implemented, this last option could be a game changer for some publishers.

Kathy Pattison, senior vice president of marketing, Fiksu:
Allowing ad blocking in Safari on mobile is a nice development for user experience – but unlikely to make a massive impact on the mobile advertising ecosystem. For one thing, the vast majority of both user time and ad dollars are spent in-app, not on the mobile web. In addition, ad blocking has been around and extremely popular on the desktop web for many years, and advertisers have managed just fine.

Finally, those users eager to block ads probably wouldn't have been a receptive audience for advertisers in the first place. To advertisers who are concerned about this development, my suggestion is to go in-app, it's where your audience already is.

Stephanie Emmanouel, general manager, connected customer marketing, Somo:
Ad blocking is big news in the mobile world. It has been an issue for a long time on desktop and is finally coming to a head in mobile. Though we can’t quantify the dollar impact this will have for advertisers and publishers, it has the potential to be huge. However, from the tests we have run, both on in-app inventory and mobile web inventory, the technology is not 100% accurate. It also doesn’t appear to have the capability to block in-feed ads on Facebook and other similar formats.

If the ad blockers were representing the wishes of the end users as they claim to be, why would they allow publishers the opportunity to apply, or pay in some cases (like Google), to get on their whitelist? The other thing to consider is how expensive it is for publishers to produce high quality content. We could get to the stage where unless you enable ads you won’t be able to access content.

Certain publishers in the US are already experimenting with this – in the same way as the ad blockers block the ads, publishers will start to detect this and block their content from users, effectively giving users the choice of paying for content or viewing ads.

The new Israeli ad blocking startup, Shine, claims to have the backing of the major mobile carriers. But the carriers only control cellular data connections, not wi-fi, and wi-fi usage currently represents 75-90% of all mobile data consumed across all major 4G LTE markets. When we look at the currently available inventory on one of the DSPs we use (Adelphic), 41% of impressions we can buy are via wi-fi with roughly 55% cellular.

The carriers haven’t yet announced how they will manage the ad blocking process. Are they just flexing their muscles and putting pressure on the big advertising companies? Surely, they can’t allow a blanket block of ads, consumers should have a choice.

If the publishers go down the route of blocking their content and the carriers block all ads with the end user having no choice, will that open up opportunities for alternative providers? It may offer a competitive advantage for new players and new business models.

Emma Cerrone, co-founder and CEO, Freeformers:
There’s an interesting tussle going on around Mobile Ad blocking. On one hand we have the publishers and ad platforms trying to fight back with the aid of ad blocker-blockers such as Sourcepoint, and by highlighting the difficultly in generating the revenue they need to deliver content and services when people are no longer willing to tolerate advertising.

And on the other hand we have consumers, many of whom haven’t yet seen benefits from mobile/context specific ads on their most intimate of screens. Ad blocking makes a lot of sense for these folk who want to get on with their entertainment or tasks.

All this could be a huge challenge for the digital economy. We have to ask ourselves if the root lies in the unrealistic expectations of today's mobile content consumer, or whether the industry crossed a line that caused audiences to effectively switch off? In either case it will be the advertisers who will have to get creative and figure out how to get into the audience's good graces once more - and they'll have to do it quickly! 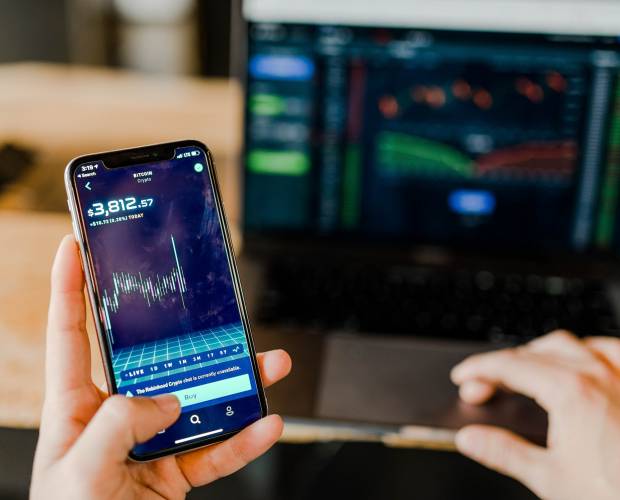