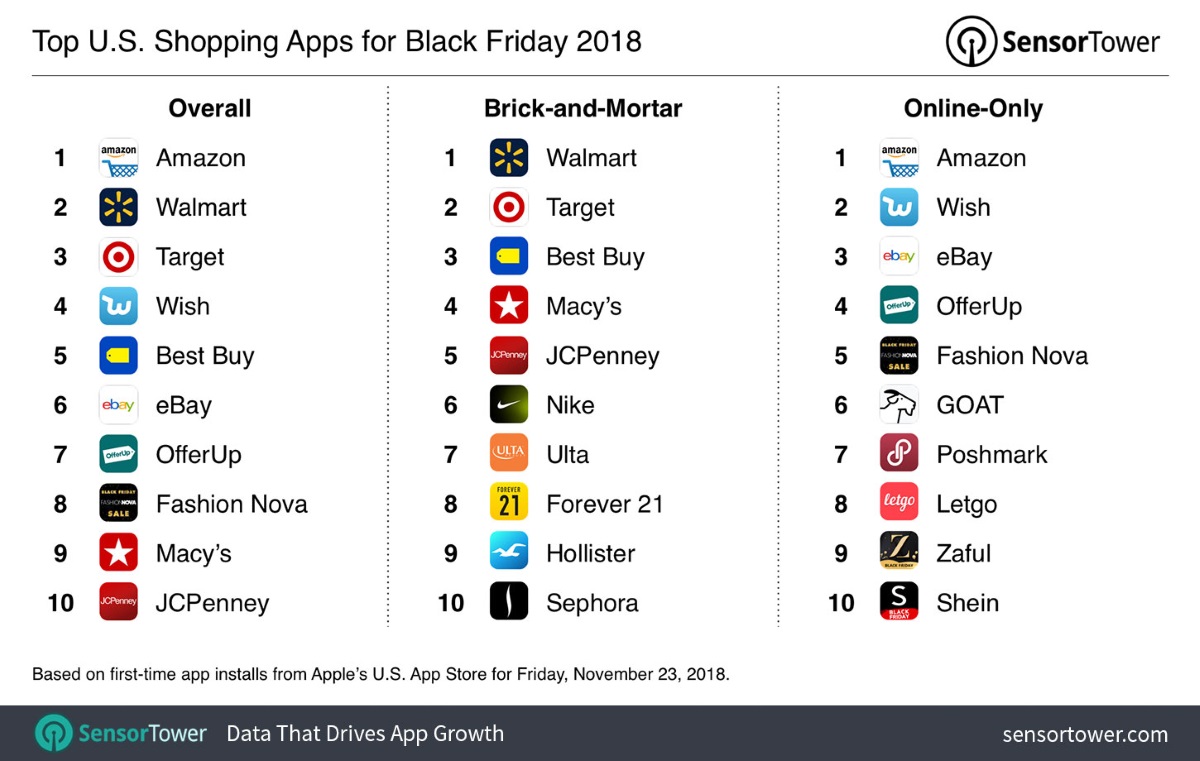 The top 10 shopping apps on the US App Store added over 500,000 new users on Black Friday, up 16.3 per cent on Black Friday in 2017, according to figures from app analytics firm Sensor Tower. Overall new shopping app installs grew nine per cent year-on-year to 1.8m.

The significant growth in consumers turning to the convenience of mCommerce lines up with trends we've seen elsewhere from the start of this year's festive shopping season. On Thanksgiving day in the US, mobile was responsible for half of all traffic to retail sites, and numerous other analysts have pointed to it being a landmark year for mobile shopping.

With figures still coming in for Black Friday, Thanksgiving weekend and Cyber Monday, it will be a little while until we have a full picture of what is typically the biggest shopping weekend of the year, but all signs so far point to a bumper year for mCommerce.