Twitter places live broadcasts at the top of your timeline 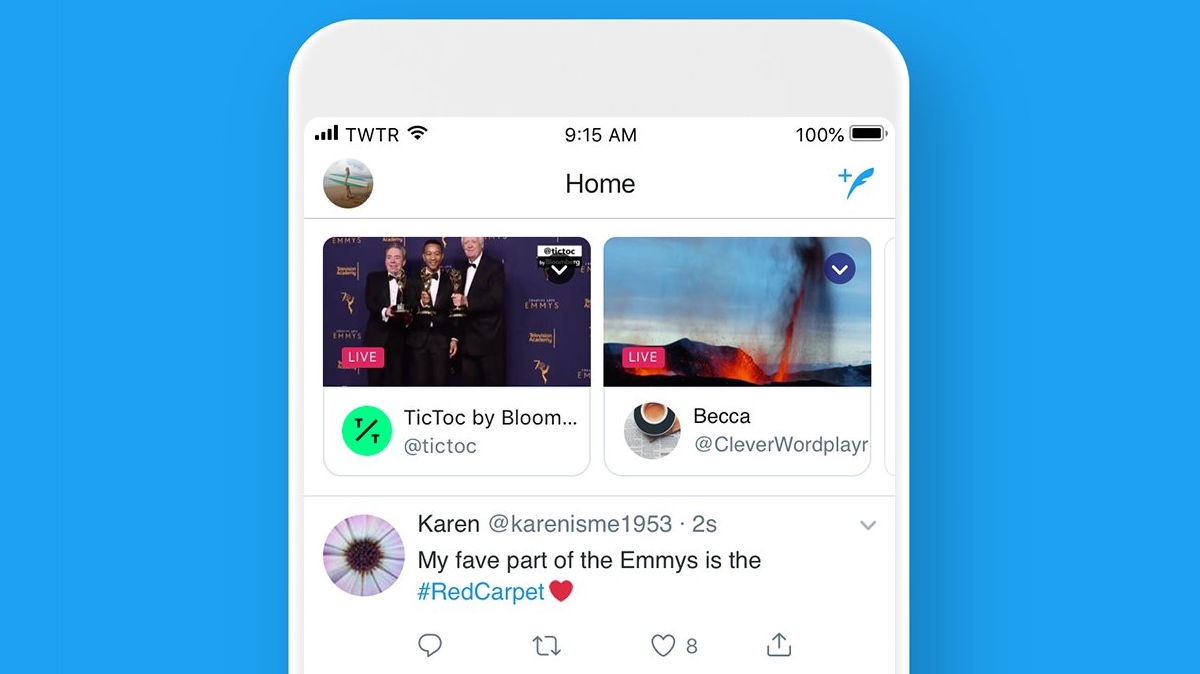 Twitter now puts livestreams and broadcasts started by the accounts that users follow at the top of their timelines.

“We’re making it easier to find and watch live broadcasts. Now, when accounts you follow go live, the stream will appear right at the top of your timeline,” the microblogging platform said in a tweet. “Catch breaking news, your favourite personalities, and can't-miss sports moments. Rolling out now on iOS and Android.”

At least for the time being, users are not able to turn off the feature but are able to choose to dismiss individual broadcasts or see people less often from a drop-down menu on the feature, according to Twitter’s director of product management Sara Haider.

The launch of the feature follows an update to the iOS version of the Twitter app earlier this month which introduced support for audio-only live broadcasts. This coincided with the beginning of a test for a major redesign of the social media platform’s desktop website.