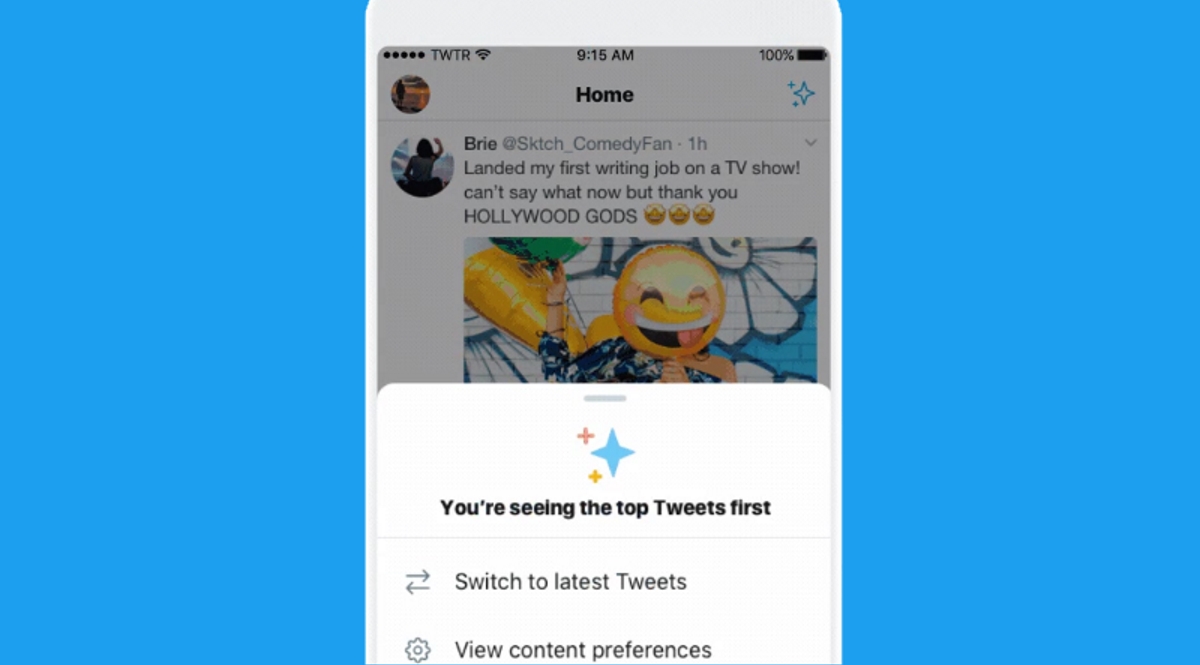 Twitter has begun testing a feature which enables the user to change the order of the tweets on their timeline.

A small group of iOS users will now see a button on the home screen which gives them the option to choose between viewing the most recent tweets or seeing the ‘top tweets’ as picked by an algorithm that decides which posts are most important to the user.

The microblogging platform has faced years of criticism from users since it removed its entirely reverse chronological format. But it did start to improve this when it added an option in settings enabling users to disable the best tweets first’ option. This new feature would make that transition even more seamless.

“We want to make it easier to toggle between seeing the latest tweets the top tweets. So we’re experimenting with making this a top-level switch rather than buried in the settings,” said Kayvon Beykpour, product lead at Twitter and co-founder of Periscope, in a tweet.