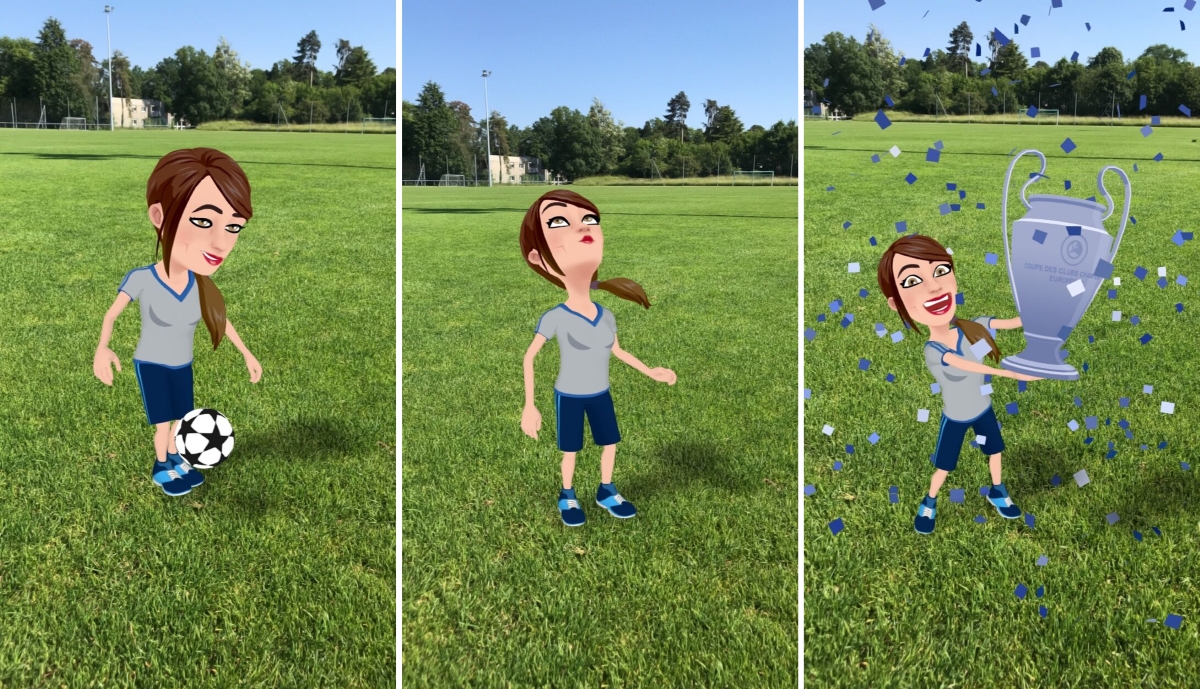 Ahead of this weekend’s Champions League final, Snapchat has partnered with UEFA to create a 3D Bitmoji lens to celebrate the game between Real Madrid and Liverpool taking place in Kiev, Ukraine.

The animation can be recorded and shared with friends in chat, posted to Stories, or saved to the camera roll.

“We’re delighted to be collaborating with UEFA to create a fun, 3D Bitmoji Lens that features the iconic UEFA Champions League anthem,” said Ben Schwerin, vice president of partnerships at Snap Inc. “We can’t wait for Snapchatters worldwide to share the excitement and magic of the final with their friends.”

To make use of the AR Bitmoji lens, Snapchatters can select the UEFA Champions League starball in their lens carousel. They then have to place their Bitmoji in the world around them, and then can record away. The lens will become available worldwide tomorrow (26 May).

For last year’s final between Real Madrid and Juventus, Snapchat teamed up with BT Sport on a Champions League-themed ‘Our Story’ produced in-house by Snapchat.

During that final, football fans were 48 per cent more active than the average user with 1.2bn Snaps shared featuring filters and lenses, according to Snapchat.