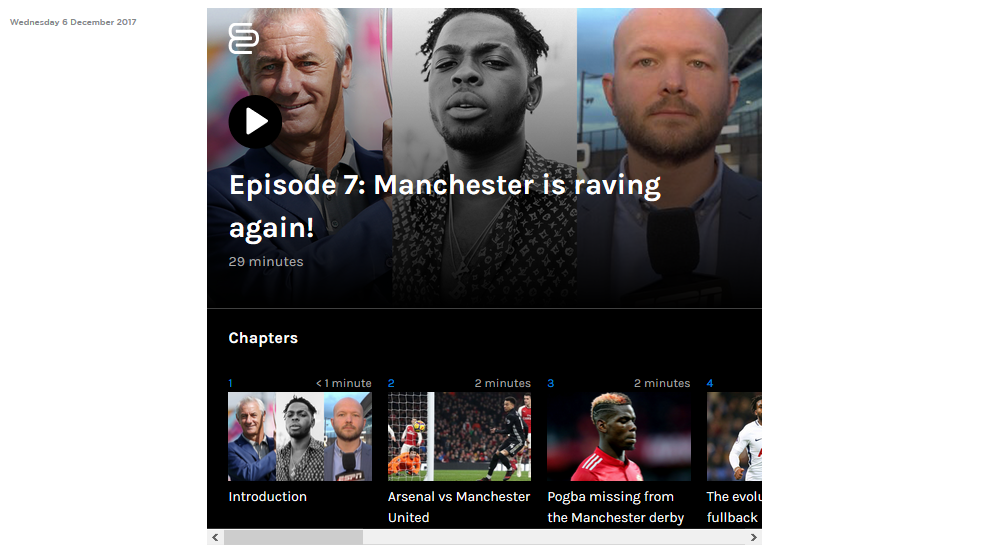 Universal Music and the British edition of Condé Nast men's magazine GQ are both testing new podcast formats that aim to make audio content more shareable, with shorter run-times and accompanying images and graphics for each chapter.

While podcasts have been around for over 15 years, the medium has struggled to successfully monetise itself, with advertising generally split between native "live-read" ads that take advantage of podcasting's intimate relationship with the listener but offer no targeting, or digitally bought audio ads similar to radio or music streaming.

Despite efforts by organisations like the IAB and companies like Spotify, the nature of podcasts has meant that ad spending has lagged behind consumer time spent with the medium.

The new formats aim to update the medium for the smartphone age, integrating visual elements while still focusing on the audio experience. GQ's podcast Strike, the first the magazine has produced, is a weekly sports commentary show, hosted by Elgar Johnson, GQ Style's deputy editor. Working with podcast platform Entale, the show has been divided into chapters named for conversation topics, so that users can more easily navigate and skip sections.

The show features conversations with current and former footballers, sports journalists and celebrities, and covers football news and predictions, as well as tackling serious issues surrounding the sport like homophobia and dealing with mental health issues.

"Our aim is to reach a new audience for GQ, as well as open new doors into sport," said Johnson. "We're hoping to talk to people who have experienced or seen these topics of conversation firsthand."

Universal Music has also adopted a chapter-based approach to How Little We Know, a podcast hosted by British pop rock band The Vamps. The podcast aims to build engagement with the band's fans during its current tour, and has also worked with Entale to add images and graphics to the listener experience.

By publishing through Entale's web and mobile apps, the platform also enables Universal Music and GQ to integrate with Google Analytics and track listener engagement, and metrics like which chapters are most popular, how often content is shared and more.

While neither podcast currently features advertising, GQ has said that it is hoping to include them in the future, and Entale offers a variety of formats, with its chapter structure enabling ads read by podcast hosts to be targeted using a variety of options.