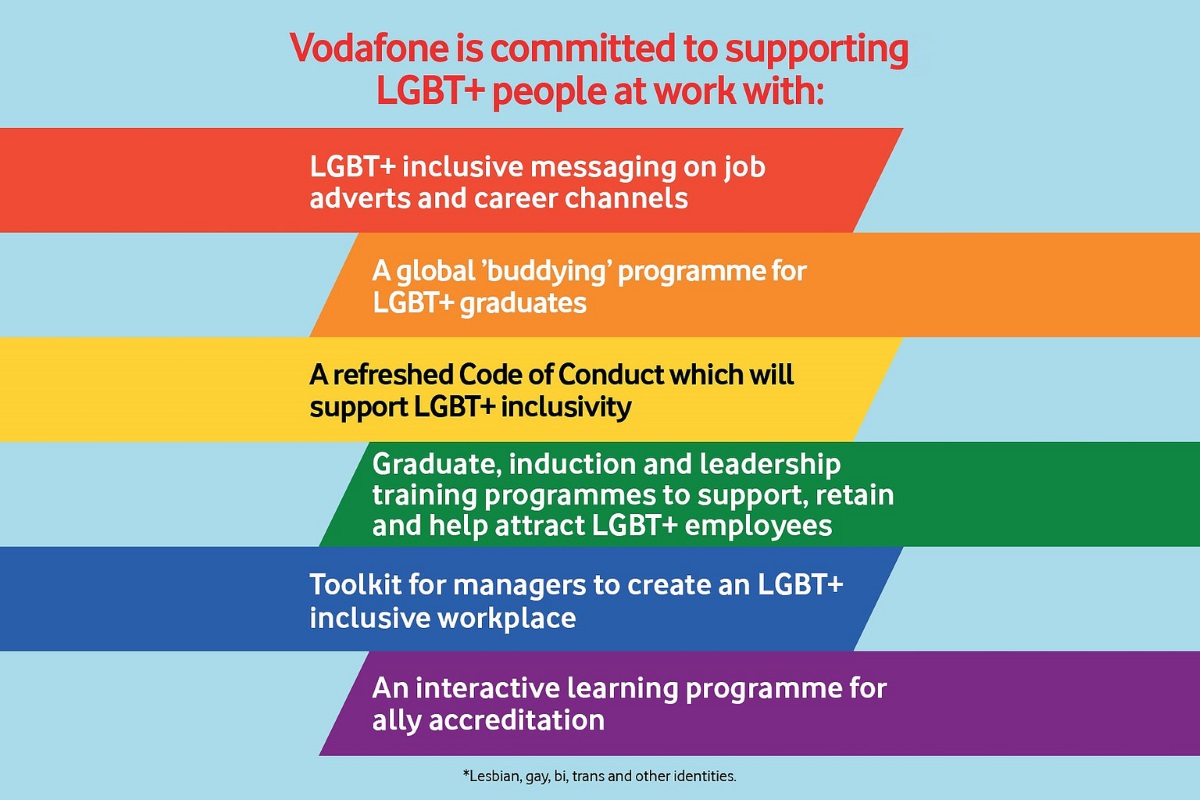 Network operator Vodafone is launching a multi-country initiative called 'LGBT+ and Friends Connect', aimed at hiring and supporting LGBTQ people in their first jobs and providing training for managers, off the back of a survey that showed over half of young LGBTQ people are not open about their sexual orientation or gender identity at work over worries about discrimination.

The research, commissioned by Vodafone and carried out by research firm Out Now, surveyed over 3,000 LGBTQ young people acorss 15 countries in multiple agencies, and found that 31 per cent admitted to going 'back into the closet' when they started their first job.

60 per cent of respondents were worried that colleagues would react negatively, while 42 per cent feature their career prospects would suffer by being openly LGBTQ at work. 33 per cent thought they were less likely to get promoted, while 28 per cent said that not being able to be open about their life had negative repercussions on their productivity at work.

The new initiative will feature LGBTQ inclusive messaging on Vodafone job adverts and career channels, a global 'buddying' programme for LGBTQ graduates, and a refreshed Code of Conduct that covers LGBTQ inclusivity issues. Graduate, induction and leadership training programmes will be used to support, retain and help attract LGBTQ employees, with a toolkit designed for managers to create an LGBTQ inclusive workplace, as well as interactive learnign programme designed for ally accreditation.

"I am saddened that so many young LGBT+ people feel they still have to hide their states in the workplace," said Vittorio Colao, chief executive of Vodafone Group. "We are committed to creating a culture at Vodafone that embraces everyone for who they are, inclusive of sexual orientation and gender identity.

"Training for employees at all levels and visible signs of support through programmes like ours can make a real difference, and help to attract and retain a talented, diverse and productive workforce. The programme offers specific support for people starting their first job, which our research shows can be a particularly challenging experience for young LGBT+ people."