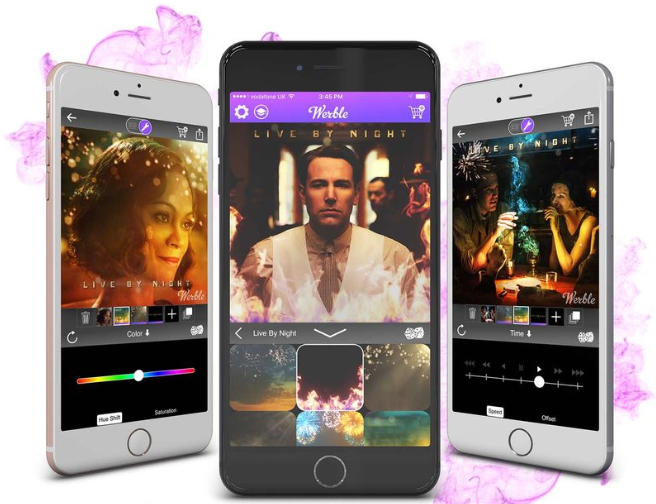 Warner Bros. has teamed with Werble, a mobile photo editing app, in its promotion of its US crime drama film Live By Night – which is in cinemas now starring, directed by and co-produced by Ben Affleck.

The partnership has seen a filter pack, based on the movie, introduced to the app that enables users to ‘bring their photos to life with a touch of 1920’s glamour, art deco sophistication and gangster inspired action’ associated with the movie.

The company said: “It’s an absolute honour for our first movie collaboration to be with Warner Bros., a company whose roster of incredible science fiction films has literally been the bedrock of our creative inspiration over the years. We are beyond excited to release Werble into the world, to fuel imagination and to fire up creativity.”

Werble enables users to create living photos or ‘cinemagrams’, which are photos with additional animation components. Werble is currently only available on iOS but the company has plans to introduce it to Android in the future.