What are the implications of iOS 11's blue bar for location targeting? 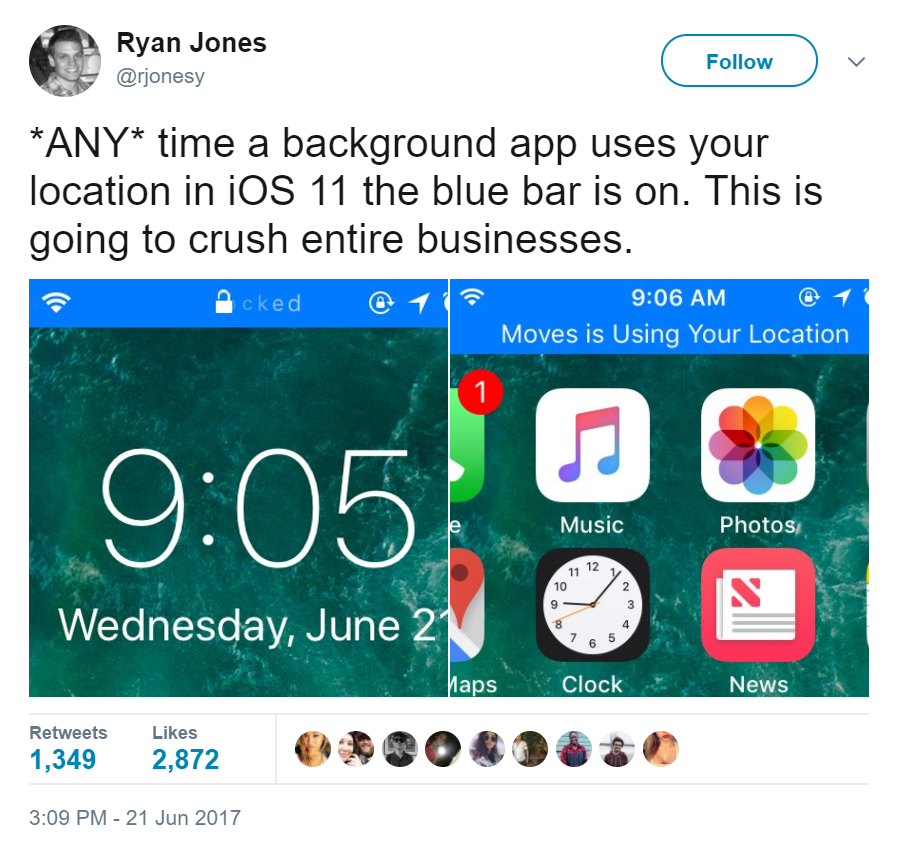 Now that the public Beta of iOS 11 is out, there has been a lot of talk about one feature in particular – the fact that the phone displays when an app is using your location in the background quite prominently in a blue status bar, and also that for each app, the user can set it to use your location just while using the app. The ‘whilst using the app’ option is actually live in iOS 10, but app developers do not have to offer it – and some like Uber only offer Always/Never. With iOS 11, they have to offer this third way.

On the face of it, this looks like it could have serious implications both for apps that don’t really make much sense unless they are tracking your location – think fitness apps or apps that tell you what’s on locally – and for companies in the business of trading location data drawn from apps.

Twitter user Matthew Cassinelli tweeted a photo of his phone showing the blue bar and warning note saying ‘Foursquare is using your location’. Alongside the photo, he tweeted: “If this overlay is permanent in iOS 11, my time with Foursquare may be coming to a close.”

Another, Ryan Jones, tweeted: “*ANY* time a background app uses your location in iOS 11 the blue bar is on. This is going to crush entire businesses” alongside a screenshot of his phone with the blue bar warning: ‘Moves is using your location’

So is the blue bar the beginning of location targeting, on iOS devices at least? Doug Chisholm, MD of Rippll, which offers location data verification services for advertisers and agencies, thinks it’s unlikely.

“It probably won’t affect the ad community, as 90 per cent of location data used in ad tech is from app opens and bidstream requests, rather than background data,” he says. “Everyone wants to talk a good game, but no one has high levels of background data; it’s typically about one per cent.”

But Steve Ricketts, who advises brands on mobile strategy and has worked on mobile location services for over 10 years, says it could have implications where ad tech companies are using background location to build location profiles against users’ IDFAs or to track footfall uplift for users’ IDFAs exposed to ads to prove success and justify the higher prices for location targeted ads.

“If the advertising company is unable to track where the mobile user is going in the background because people see the blue bar and turn off location tracking, or select ‘while using the app only’ then that’s going to make it much harder to profile and prove footfall uplift from ads” he says. Ricketts believes it should also make retailers and others give more thought to how they ask for permission to track and use the user’s location. “Too often apps ask for location consent on first open without explaining clearly it will be used for,” he says. “If they ask contextually when someone goes into the store locator part of the app for the first time and explain the benefits, then they are much more likely to get the user’s consent.”

Ricketts and Rippll’s Chisholm agree that a more acceptable and less aggressive way to use location is via geofences, so that when a user enters a point of interest that is listed inside an app, or interacts with a beacon, their location data is shared in order to offer them content or a discount, for example.

“The fact is though that most of the advertising SDKs don’t offer such app functionality and just sniff location data constantly,” says Chisholm. “These will show a blue bar, which is exactly what Apple is trying to achieve here. They don’t like you sniffing location every two minutes.”

Ultimately, says Chisholm, the blue bar won’t affect apps that use location inside their app, nor will it affect fitness and running apps, as users will understand the trade off. He’s less sure about apps such as Foursquare, however. “I think for a fitness app, the user is going to accept the blue bar, but if a new user were to install Foursquare or a similar app and choose in-app only, that could be bad news for them,” he says.

Ricketts agrees. He says: “As a consumer, I’m pleased with this change as it will be clearer on how location is being used, which is better for long-term trust - and my battery might even last a little bit longer too.”

At mobile ad firm Verve, CEO Tom Kenney welcomes the development. He said: “The location-powered mobile marketing industry should welcome every instance of pro-consumer mobile technology; Apple’s introduction of the blue location-use status bar in its iOS 11 public beta is a perfect example of a consumer-friendly move that Verve supports.

"At Verve, our SDK integration guidelines explicitly advise our publishing partners to not request background location mode, unless they require such permission to deliver their own core experience, or else risk possible app rejection and degraded user experience. Long story short, Apple’s move to give the mobile consumer even more information about location-data usage is precisely the kind of development that contributes to these best-case outcomes. We applaud the blue bar.” 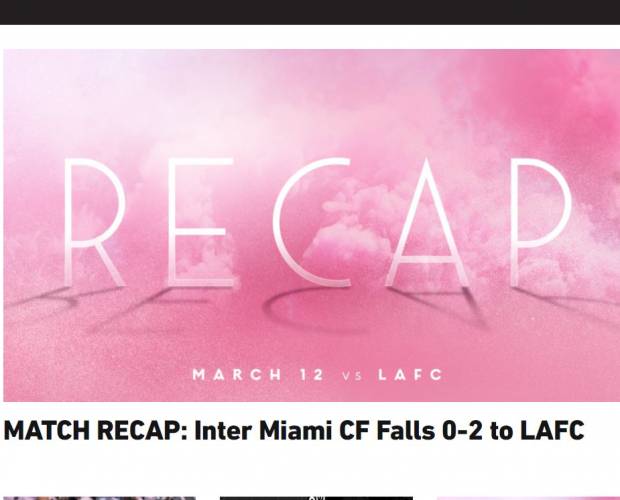