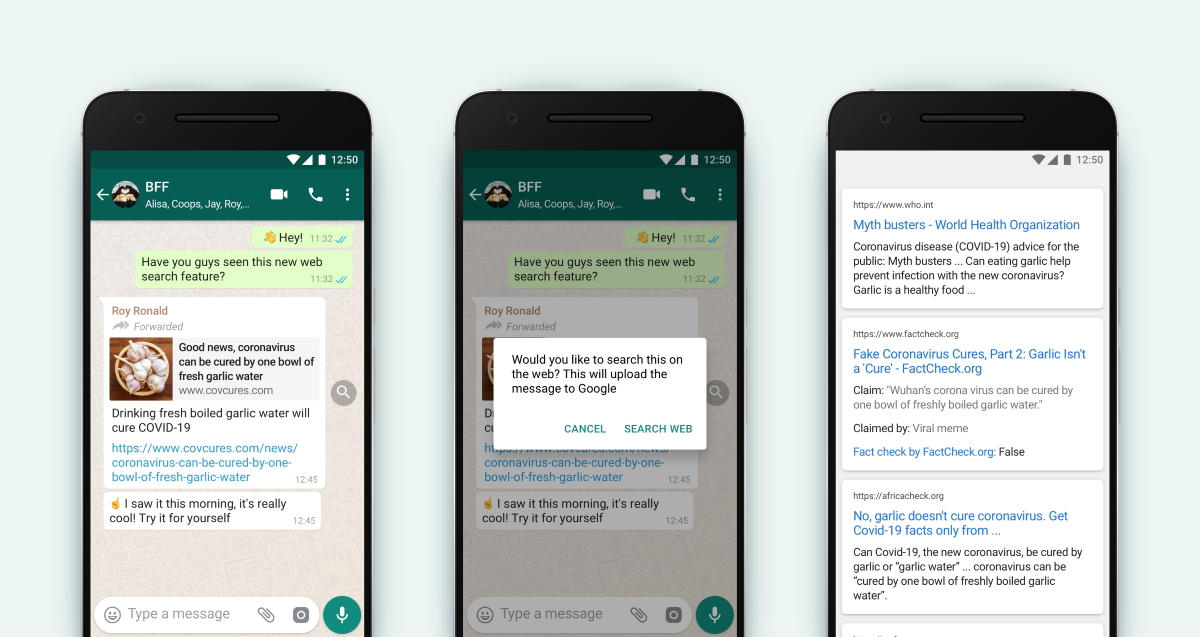 WhatsApp is extending its trial of a feature that it hopes will help to stop the spread of misinformation on its platform by giving users an easy way to check the validity of forwarded messages.

The ‘Search the Web’ feature enables users of the Facebook-owned app to tap a magnifying glass next to forwarded messages and have related news results and other sources of information searched for on the internet that either confirm or deny the validity of the forwarded message.

The app promises that the search will not compromise the end-to-end encryption of its platform and that WhatsApp will never get to see the message itself.

Search the Web is being rolled out in Brazil, Italy, Ireland, Mexico, Spain, the UK, and the US for users on the latest versions of WhatsApp on Android, iOS, and WhatsApp Web.

The introduction of the feature follows on from WhatsApp’s decision to put a limit on frequently forwarded messages earlier this year. It was also at this point that WhatsApp revealed that it had begun testing the ability for users to Search the Web.