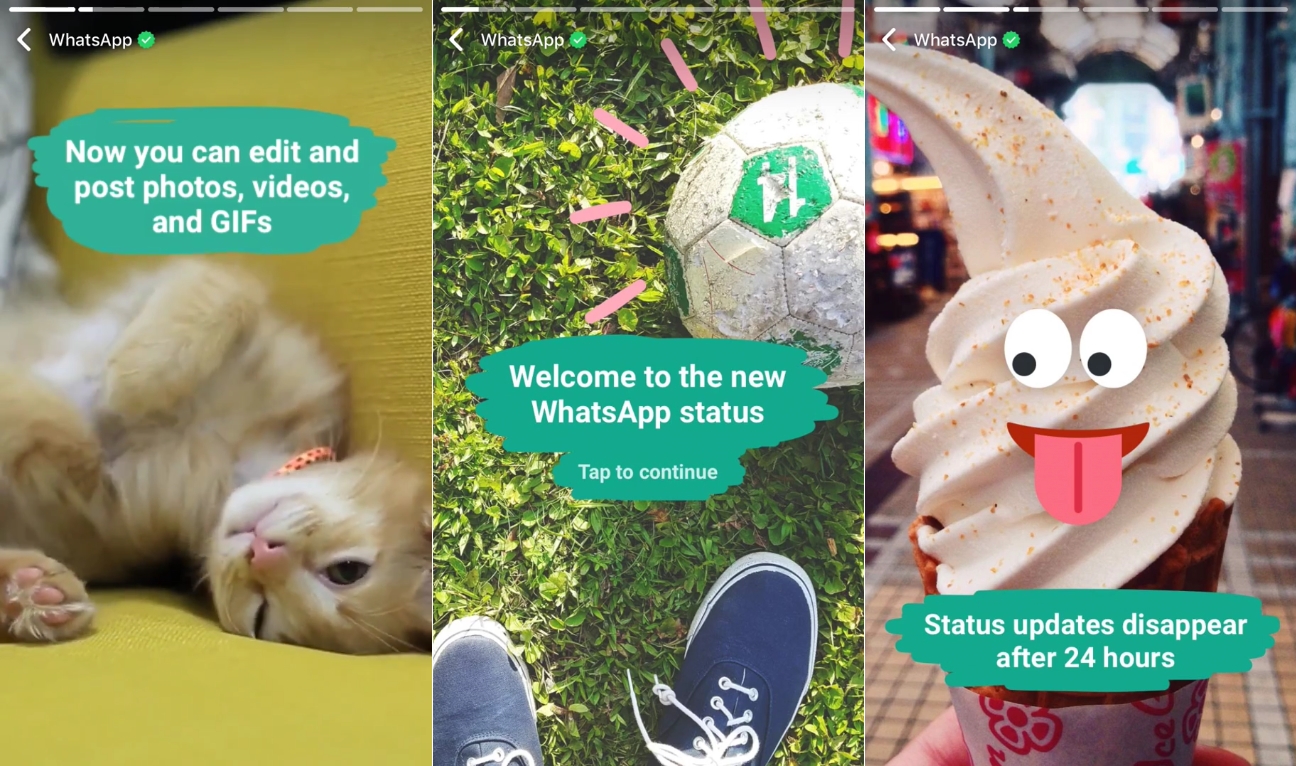 Another day, another ‘Facebook copies a Snapchat feature’ story. This time Facebook has decided to introduce a Stories-like feature to its WhatsApp messaging app – just six months after Facebook’s Instagram did the same.

An update to WhatsApp’s status feature will enable users to edit and share photos, videos and GIFs to let people know what they are up to. If it had stopped there, this may not be another one of those appropriation stories. However, these visual status updates disappear after 24 hours – sound familiar?

One thing that does differ, between Snapchat’s Stories and WhatsApp’s Status, is the end-to-end encryption that WhatsApp offers like for its messages.

“We are excited to announce that, coinciding with WhatsApp's eighth birthday on 24 February, we are reinventing the status feature,” said Jan Koum, CEO and co-founder of WhatsApp, in a blog post.

“Just like eight years ago when we first started WhatsApp, this new and improved status feature will let you keep your friends who use WhatsApp easily updated in a fun and simple way.”