WWDC 2018: AR, addiction and Apple at war with Facebook

Apple's annual developer conference, WWDC, has once again rolled around, and the keynote as usual contained a wealth of announcements outlining Apple's plans for the next 12 months and beyond.

As is standard for WWDC, the next version of Apple's mobile operating system, iOS 12, was a keystone of many of the innovations. The watchwords for iOS 12 appear to be 'performance' and 'optimisation', with Apple's senior vice president of software engineering Craig Federighi boasting that, on the iPhone 6 Plus, apps will launch 40 per cent faster, the keyboard comes up 50 per cent faster, and opening the camera will be 70 per cent faster.

Siri is getting a series of improvements, beginning with shortcuts accessible through both voice and in places like the lock screen or in search. Siri will offer personalised recommendations and even suggested text messages, while third-party developers will be able to include an "Add to Siri" button in apps that will set up shortcuts or store specific information for easy retrieval.

Apple also announced it was attempting to fight back against the addictive aspect of smartphones (something that one could argue the firm helped unleash). The Screen Time app will provide users with an overview of their own activities on their phone, as well as enabling users to set time limits for specific apps. There are also expanded parental controls, enabling parents to track their child's usage and limit apps.

FaceTime is getting a considerable overhaul, adding group calls for up to 32 people, and enabling users to switch from an iMessage conversation to video chat without having to open a new app. This feature will also function on the latest version of macOS, and on the Apple Watch (at least for audio calls). 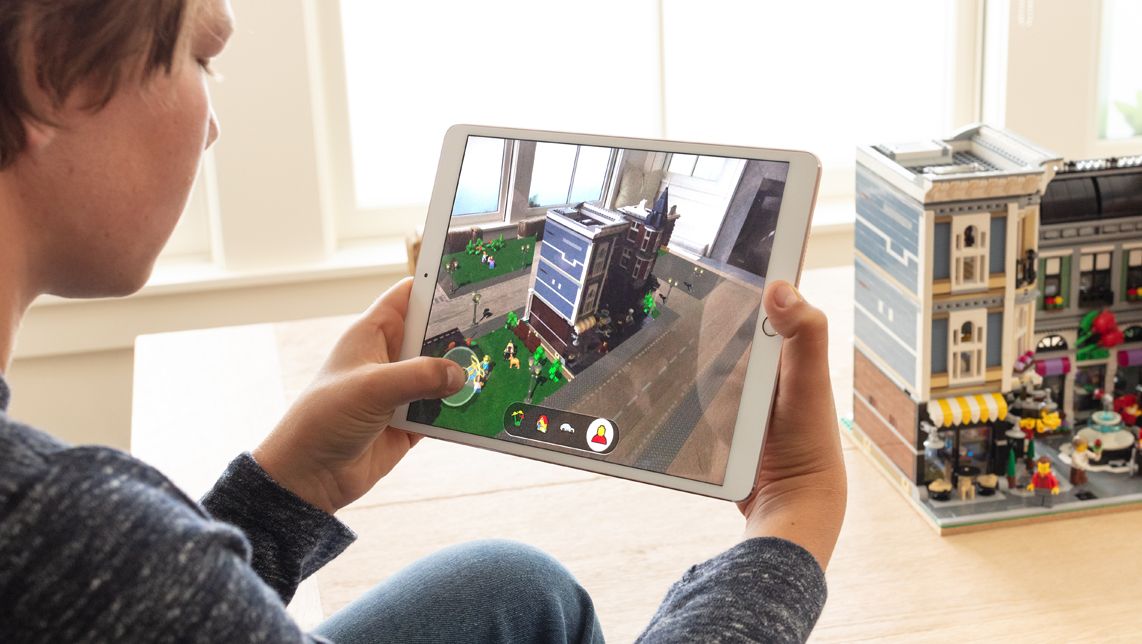 AR at the centre
iOS 12 will also double down on augmented reality, which Apple has increasingly invested in. The firm has created a new file format exclusively for AR called USDZ, which will be supported by Adobe apps, and is also launching a new app, Measure, which is designed to educate people about augmented reality and show off its potential.

Finally, Apple is introducing a more personalised version of the Animojis it unveiled last year with 'Memojis'. Users can create their own avatar, adding accessories and clothes, and then add the resulting face over their own within the Messages app.

Apple throws down the gauntlet to Facebook
Perhaps most significantly, Apple announced that within both iOS and macOS, it would be introducing tools designed to frustrate Facebook's automatic tracking of web users. The latest version of Safari will ask owners' permission before allowing the social network to monitor their activity, in a move that will undoubtedly elevate tension between the two firms.

Apple and Facebook have been at odds before over user privacy - CEO Tim Cook described Facebook's practices as an "invasion of privacy", an opinion that Mark Zuckerberg decried as "glib". This announcement represented the most overt move against Facebook yet though.

"We've all seen these, these like buttons, and share buttons and these comment fields," said Federighi during the keynote announcement. "Well, it turns out these can be used to track you, whether you click on them or not. Do you want to allow Facebook.com to use cookies and available data while browsing? You can decide to keep your information private." 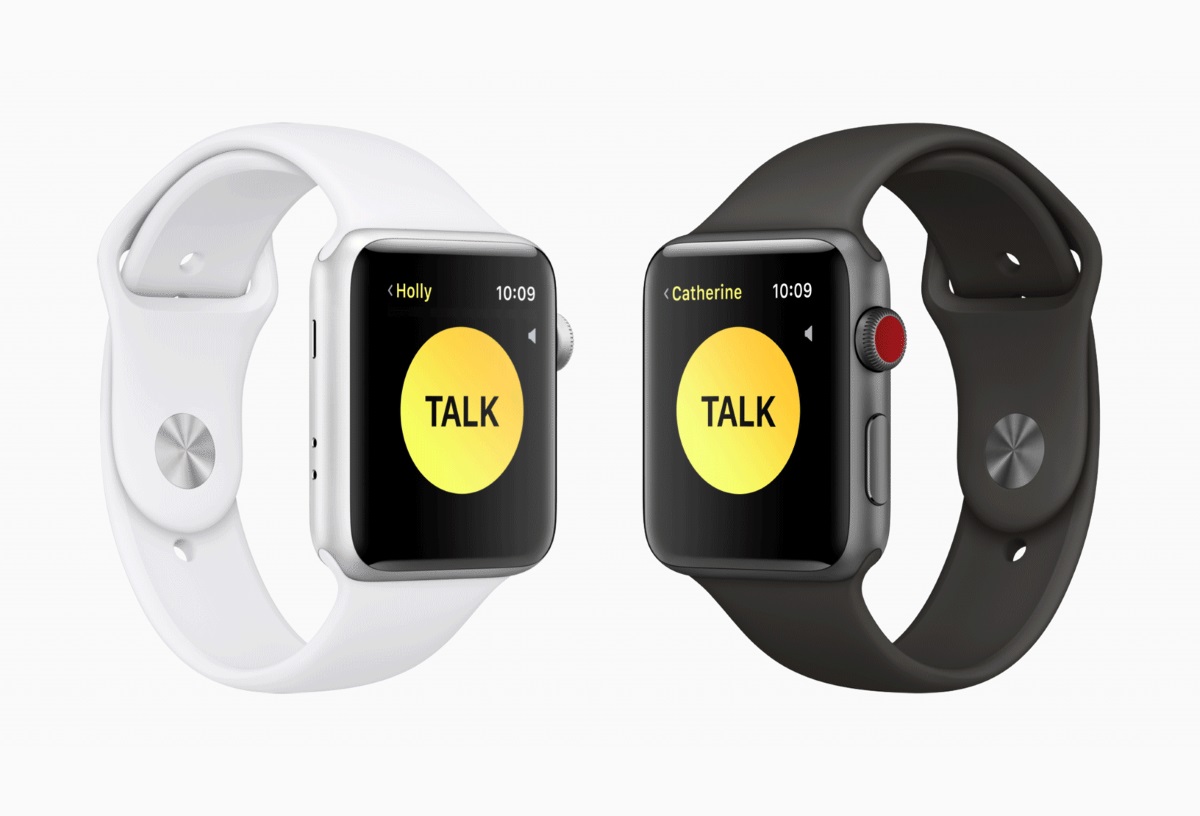 Making the Apple Watch walk the walk
Apple's venture into the world of wearables has hardly set the world aflame, but the company is still supporting the Apple Watch, and WWDC's announcements included a new operating system for the device, watchOS 5.

The key new feature was a Walkie-Talkie app that enables users press to record an audio message, then release to send it to a friend, who will receive it via a notification. Long rumoured, the app could prove to have a number of useful applications, especially with the Apple Watch's SIM support.

In addition to the Walkie-Talkie app, watchOS added support for new workout types including yoga and hiking, as well as an automatic workout detection that will track heart rate elevation and automatically produce stats when you begin activity.

The Siri watch face is getting more additional integrations thanks to the shortcuts functionality, and you can now trigger the digital assistant by simply raising your wrist. For developers, Apple has also ported its WebKit tools over to watchOS, opening up a number of possibilities for improved applications.

App Store milestones
Apple CEO Tim Cook was able to announce a number of impressive milestones for the firm's App Store at WWDC, including 20m registered developers and 500m visitors per week. That wealth of content and large audience has resultued in a total of around $100bn (£74.9bn) in revenues collected by developers from the App Store.

"It's the fastest growing programming language out there," said Cook. "We believe that coding is an essential skill and believe it should be offered by every school in the world. Learning to code has so many benefits; it develops problem solving and cirticial thinking skills."

CarPlay opens up navigation to third parties
Apple's in-car service CarPlay has finally been opened up to third-party navigation and mapping apps, which will work with the service starting with iOS 12. Up until now, CarPlay, which enables a vehicle's display to 'read' and control a user's iPhone, has only worked with Apple's own navigation software Maps.

The shift will enable apps including Google Maps and Waze to integrate more smoothly with connected cars for iPhone users, and acknowledges Apple's long struggle to get users to favour its own mapping software over competitors, even on iOS.

According to Apple, most major vehicle manufacturers have now partnered with Apple to incorporate CarPlay into their vehicles. Users can access phone services, Apple Music, iMessage and more through the platform, as well as Siri support and third-party apps like Spotify, NPR and Google Play Music.

Another year of business as usual
Overall, this year's WWDC didn't bring any surprises, and represents another year of small tweaks and iterative updates to existing successful products. Apple hasn't unveiled any major changes or new innovations since the Apple Watch, which failed to make a substantial impact, and while its continued commitment to AR could well result in some exciting applications further down the line, none of them appear to be coming directly from Apple itself.

Instead of dazzling consumers with innovation, Apple appears to be committing its brand to privacy, user control and consistency. In an industry atmosphere that is seeing giants like Facebook and Google struggle to maintain a positive brand image, it could well be the smartest play by the tech giant.