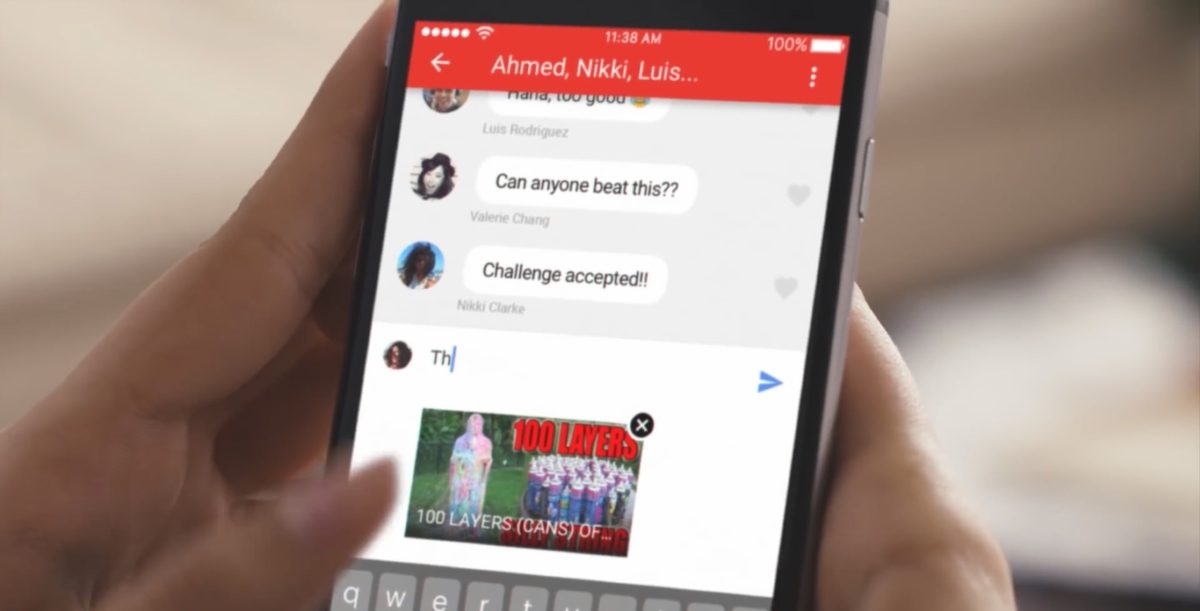 YouTube has introduced a new sharing feature to its mobile app, which essentially turns the video sharing platform into a mobile messaging service.

The feature enables users to share videos with friends and family directly on YouTube, and engage in a conversation with them in the app regarding the video shared. Users can chat normally, reply with other videos, invite others to the conversation, and more.

“Like every ‘Despacito’ loving person before you, you can’t help but dance, and when you'd finally caught your breath, you had to share it with all your friends,” said Benoît de Boursetty, product manager at YouTube, in a blog post. “It would be wrong to keep something this good to yourself. And that means you had to copy and paste a link into an email, social or messaging app to share that moment.

“But like chats around the water cooler, shouldn't sharing a video be as easy as saying, ‘Have you heard this new song?’”

The feature is easy to use – allowing the user to share with contact from their phone’s address book. Though, it doesn’t yet have a way to block requests from others. And, despite the feature, users still have the option to share through other apps, just like before.

YouTube began testing the feature last year, and has finally seen enough to warrant rolling it out worldwide to both its Android and iOS apps – which it will do over the next few days.