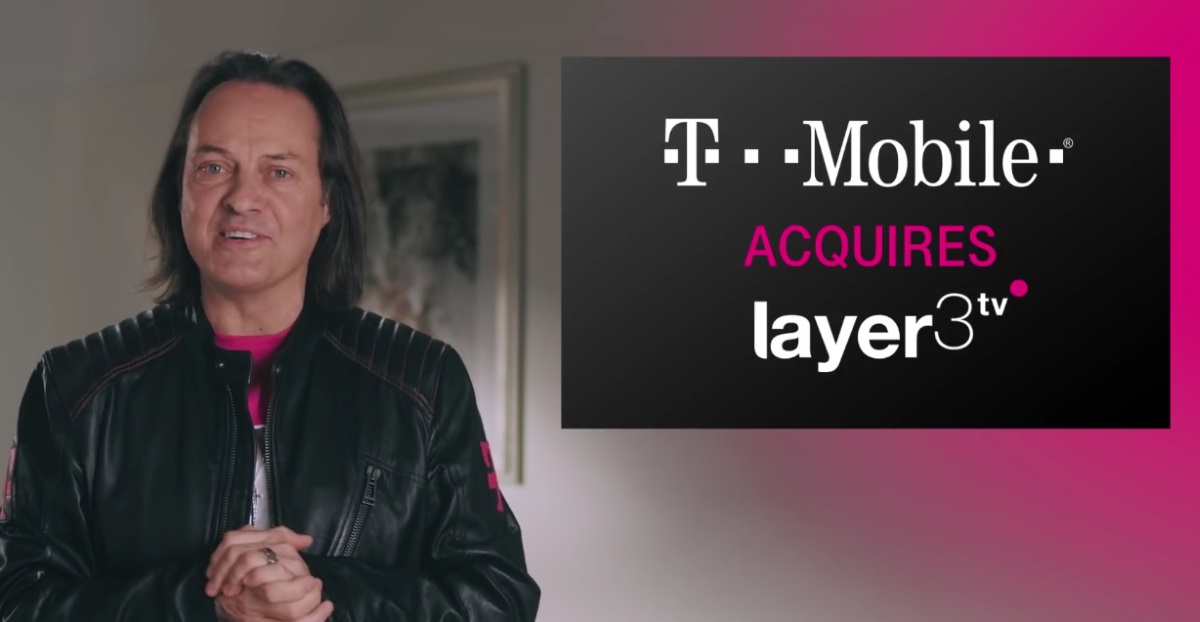 Mobile network operator T-Mobile US has announced plans to launch a "disruptive" streaming TV service next year, following its acquisition of startup Layer3 TV for an undisclosed amount. The move comes shortly after the network, which is the third largest mobile carrier in the US, ended merger talks with fourth place rival Sprint.

The subscription service, which will also feature advertising, will be powered by Layer3's technology platform and existing relationships with content providers. According to the company, a variety of subscription packages and pricing levels will be available to customers, some at low costs.

Denver-based Layer3 TV is currently available in five US cities, and has marketed itself as a "next-generation cable service". It offers customers 275 high-definition channels and 25,000 on-demand titles, and follows a fairly traditional cable model. Many rival providers, meanwhile, have shifted their focus to more bespoke, 'skinny' packages where consumers pick and choose the channels and content they want.

"We're in the midst of the Golden Age of TV, and yet people have never been more frustrated by the status quo created by Big Cable and Satellite TV," said Mike Sievert, chief operating officer of T-Mobile. "That's because the world is changing – with mobile video, streaming services, cord cutting, original content and more – and yet the old guard simply can't – or won't – evolve. It's time for a disruptor to shake things up and give people real choice like only the Un-carrier can."

T-Mobile's rivals have also been making moves into streaming TV, but have so far stuck with partnerships and deals. Sprint announced in November that unlimited data plan customers would receive free subscriptions to streaming service Hulu, while AT&T, which is in the process of buying Time Warner, has already started bundling HBO with its wireless service.

"No market needs Un-carrier-ing more than pay TV, so we're completely stoked to join T-Mobile in disrupting the status quo!" said Jeff Binder, CEO of Layer3 TV. "Together with T-Mobile, we're going to ditch everything you hate about cable and make everything you love about TV better."