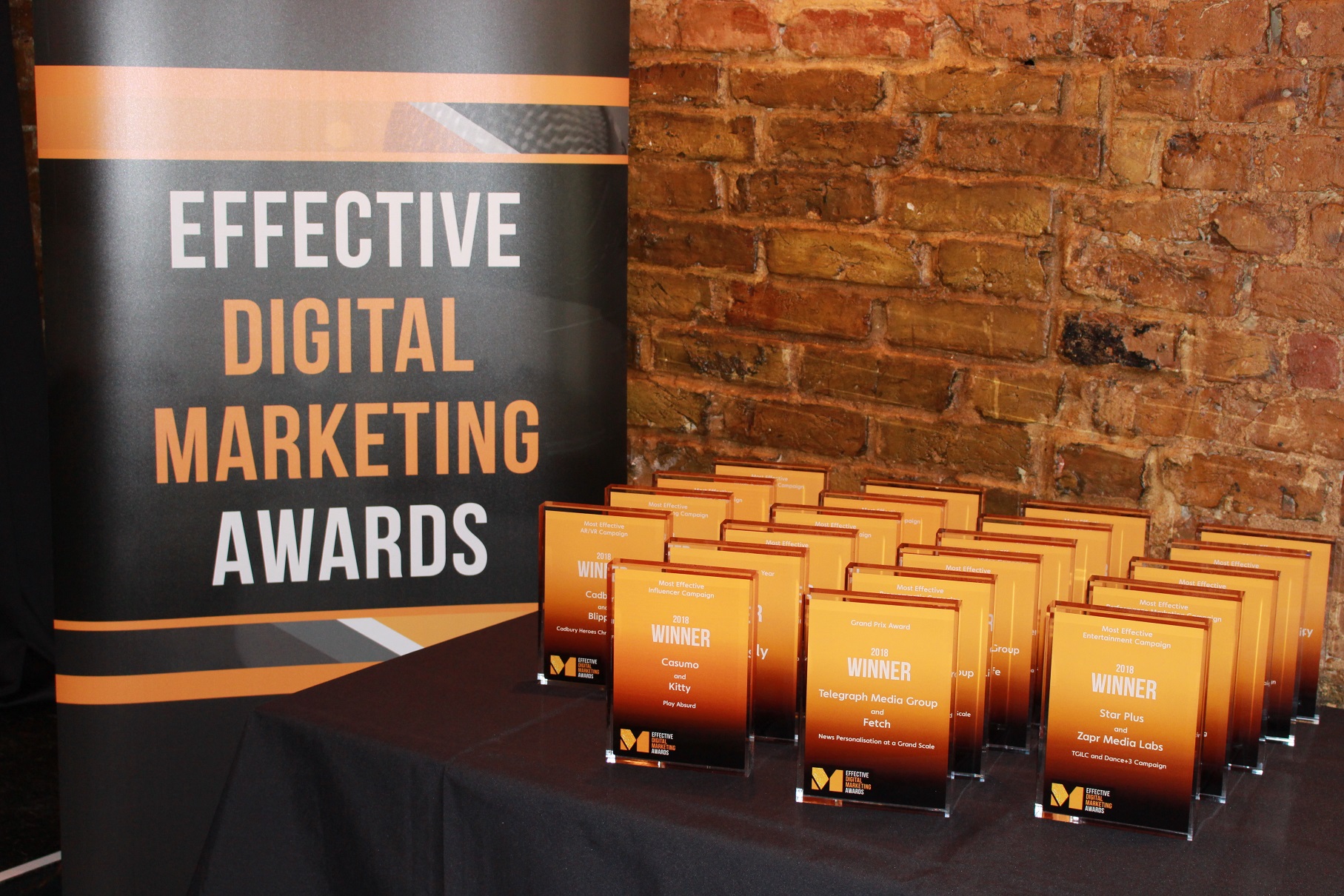 Topshop, Telegraph Media Group, Mazda UK, Harvey Nichols, The Open University, Cadbury and Marks & Spencer were among the winners in this year’s Effective Digital Marketing Awards. The winners were revealed at an Awards Ceremony in London this afternoon. Mindshare UK, Concept Farm, Groundtruth, Mobext, Fetch, NMPi, Blippar, Clarabridge and StoryStream were among the agencies picking up awards.

The Grand Prix Award went to Telegraph Media Group and Fetch for their News Personalisation at a Grand Scale campaign in which The Telegraph aimed to bridge the gap between 162 years’ heritage in delivering high-quality journalism, and today’s digital age, where news is read on-the-move and in a snap, on social, on mobile and online. It did so with great success, segmenting its audience into six key segments, and then combining three different technology platforms - a Data Management Platform, the DoubleClick creative ad server and its server buying ad inventory - to enable the innovative delivery of personalised news content to each segment. This piece of work also took the individual award in two categories, Most Effective Programmatic Campaign and Most Effective Use of Data.

Another double winner was Aruba Tourism Authority, who picked up the awards for Most Effective Content Marketing Campaign and Most Effective Travel & Tourism Campaign, in partnership with their agency Concept Farm, for their Aruba Goes Local campaign to attract more affluent tourists to the island from the US.

The Chairman’s Award, chosen by Chair of Judges David Murphy, went to Zapr Media Labs for their platform that bridges the offline and the online worlds, using audio fingerprint technology to enable brands to target groups who didn’t see their TV ads, on mobile, and to duplicate TV campaigns on mobile at much lower cost. The technology is already being used to good effect by agencies such as Mindshare and Starcom and brands like Ford and Club Mahindra.

The Digital Expert of the Year Award was collected by US influencer marketing firm Obviously. Over the course of the year, Masterclassing runs around 150 half-day events around the world at which brands hear from digital experts about the cutting-edge technologies and platforms that can help them take their digital marketing to the next level. At the end of each event, the delegates are asked to give their feedback on each of the digital experts, based on what they heard from them in their presentation and round table sessions. This award is designed to recognise the company which consistently received the best feedback in the last year, and Obviously was a worthy winner.

Congratulations to all our winners. Read on for the full list of winners in each category.

Digital Partner of the Year
Obviously