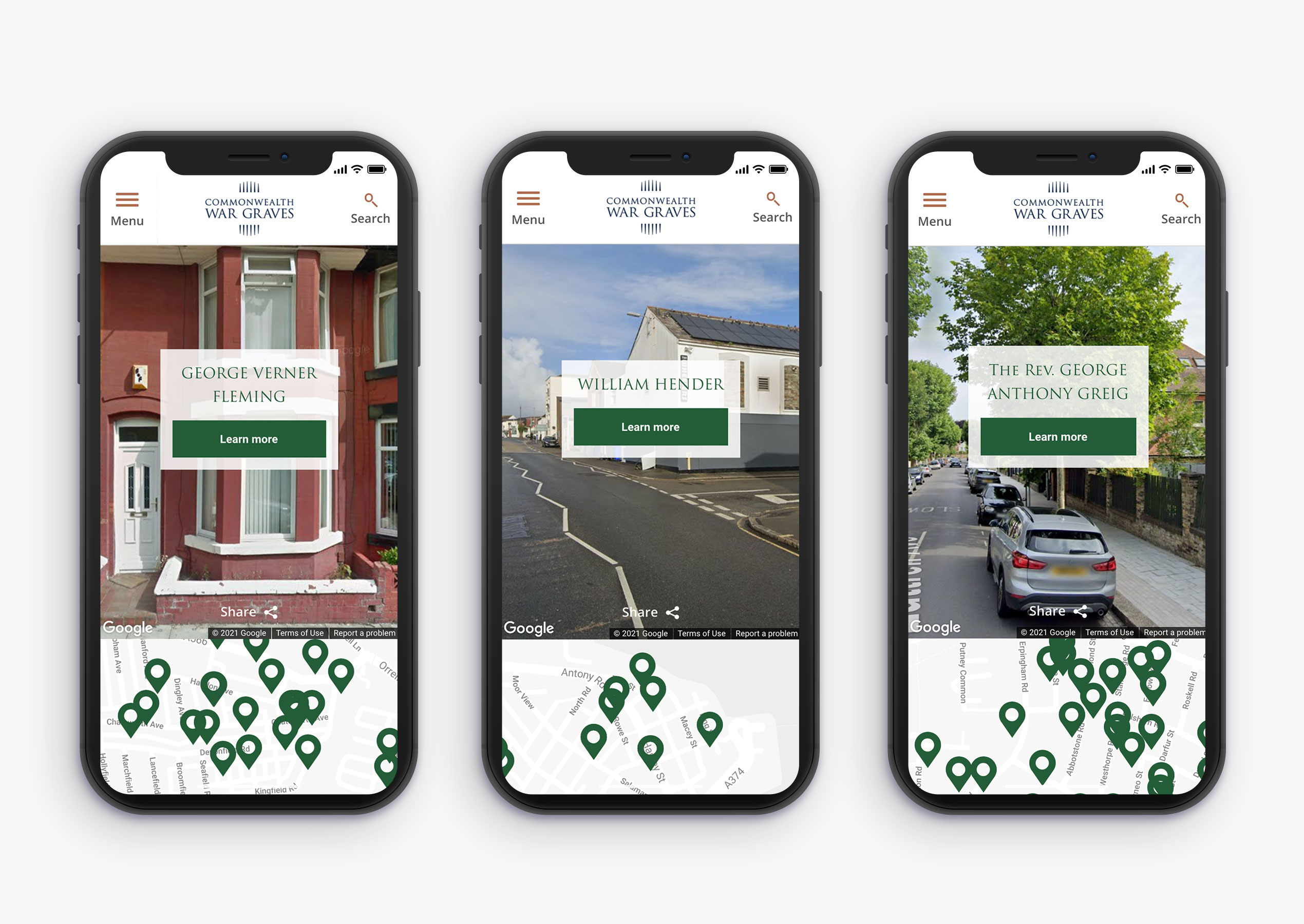 The Commonwealth War Graves Commission (CWGC) is today launching a new campaign inviting people to find out about the individuals in their local area who died in the two World Wars.

To mark War Graves Week, the campaign centres on a new online tool, created by M&C Saatchi, which enables people to search by postcode to discover those who lived in their area who died in the First and Second World Wars.

The service allows people to calculate the nearest casualty to their postcode, displaying it in Google Street View, creating an immediate, personal, local connection to the past.

Users can click through to learn more about the individuals, and download, print and display a commemorative tribute in their windows for War Graves Week.

Many of the 1.7m people commemorated by the CWGC don’t have accurate address data, and none of them had postcode information. To overcome this, the team at M&C Saatchi created a duplicate database, cleaning address data and querying Google Maps over half a million times to establish postcodes they could convert to exact latitude and longitude, to pin to the front of buildings (many of which no longer exist) in Street View.

“The aim of this campaign is to establish War Graves Week as an annual event highlighting the stories of the people we commemorate in their local communities" said Director of Information and Communication at the CWGC, Liz Woodfield. "We want to create a connection with the CWGC amongst a generation who may not already be aware of us, by rooting our work in the communities where we operate. We would invite anyone and everyone who might be curious to go online and find out more about those who lived on their street and died in the two World Wars.”