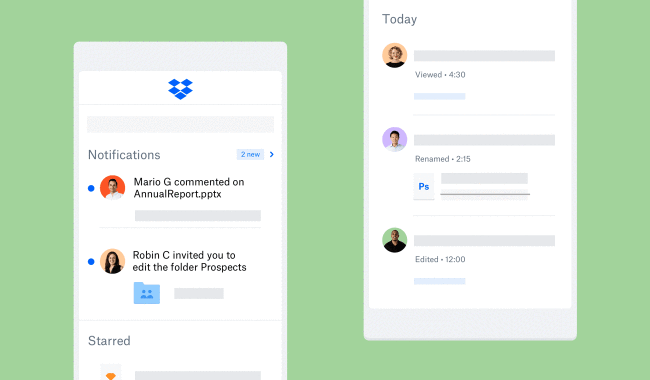 Cloud storage service Dropbox has unveiled a new range of features for its mobile app aimed at making it easier for users to collaborate on content while on the move. It's the first major update Dropbox has made to its offering since the company went public back in March.

The update to the app brings together file activity with file previews, with users able to pull up a list of events including edits, shares and viewer history with one tap. A streamlined file preview design will also enable users to easily comment right alongside content, and access feedback from teammates more easily.

Finally, a centralised Home screen has been added to the mobile app that brings users straight to their most important items, with starred files and recent work gathered into one place. Once users start browsing items, they can also switch to gallery view with large thumbnails, ideal for browsing visual content.

The update to the app is available on the iOS version now, with a similar update to the Android version planned for the near future. Dropbox has already tested the new features with select partner firms such as fashio retailer Les Lunes.

"It's so much easier responding to comments from my phone," said Anna Lecat, CEO of Les Lunes. "When I'm running around, I can't think of any place where it's convenient to stop somewhere, open my laptop, and get online."