Spotify debuts in India amidst legal battle with Warner Music 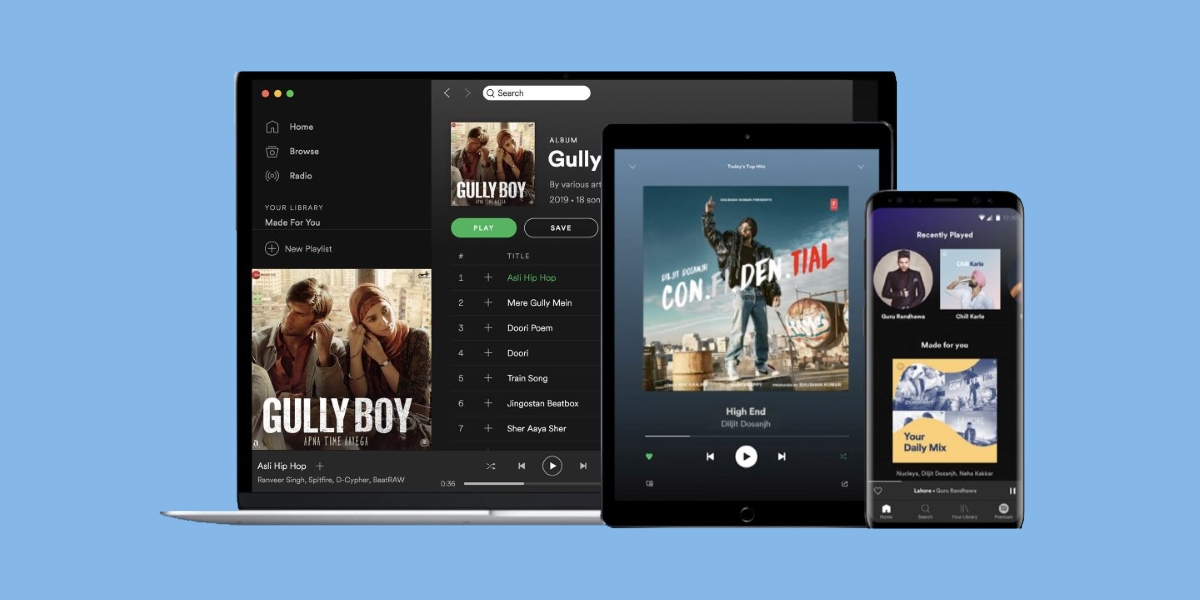 Spotify has launched its music streaming service in India as planned, despite being embroiled in a dispute over licensing fees with Warner Music Group.

The world’s largest music streaming service is offering its Indian users premium access to its platform for a far lower price than it’s charging consumers in other markets. The premium offering will set users back just 119 rupees (around £1.26/$1.68). In addition, Spotify is providing other billing plans, including single-day access, as well as prepaid plans for three months (389 rupees), six months (719 rupees), and a year (1,189 rupees). As in other markets, students will receive a 50 per cent discount.

Exclusive features for the India launch include multi-language music recommendations, with Hindi, Punjabi, Tamil, and Telugu being the languages available for selection; the ability to play all songs on-deman when using Spotify Free on a smartphone; specially curated playlists, including ones featuring the best music from popular Bollywood, Tollywood, Kollywood, and Punjabi actors; and city-specific algorithmic playlists based on whats trending in Mumbai, Delhi, Bangaluru, and Chennai.

“As Spotify grows, our goal is to bring millions of artists and billions of fans together from every country and background,” said Daniel Ek, Spotify’s founder and CEO. “India has an incredibly rich music culture, and to best serve this market, we’re launching a custom-built experience. Not only will Spotify bring Indian artists to the world, we will also bring the world’s music to fans across India. We have been working towards this goal for quite some time, and I am thrilled with today’s launch.”

Spotify’s India launch comes in the midst of a dispute with Warner Music over global licensing fees and not just those in India. As a result of the battle, Spotify turned to an Indian copyright law which enables ‘broadcasters’ to gain a license for copyrighted properties, even if the copyright owner doesn’t agree.

This was then followed by, as Bloomberg reported earlier, Warner Music filing for an injunction to prevent Spotify from providing the works of artists represented by the record label, which include the likes of Bruno Mars, Cardi B, Ed Sheeran, Coldplay, and Led Zeppelin, to name just a few of the megastars on its books.

However, according to Spotify, the injunction was denied by a local court – though Warner Music says this isn’t the case.

[9:25am 27/02/2019: This story has been updated to include the exclusive features being offered by Spotify in India and Daniel Ek's comments]