We conclude our look at the winners of the 12th edition of the Effective Mobile Marketing Awards, with a look at the winning entries in the Most Effective App Install, Launch and Paid Social Campaign categories... 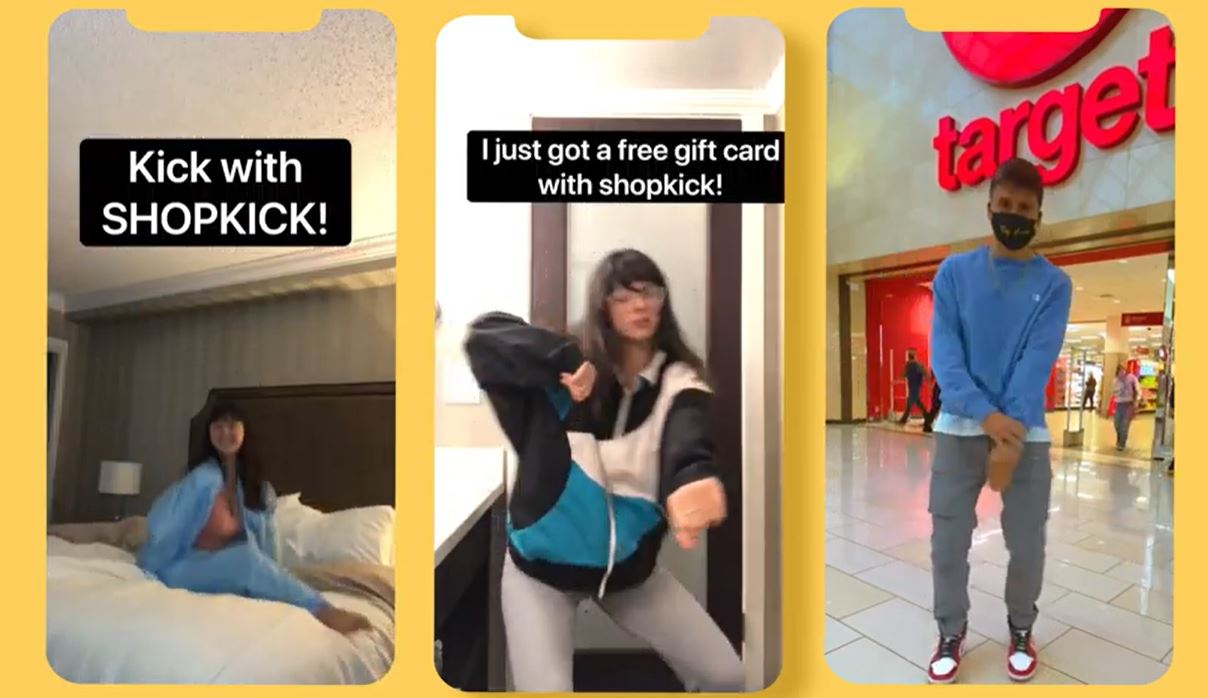 Shopkick is a retail shopping rewards app where consumers scan products to secure free gift cards. With the onset of the pandemic, in-store shopping numbers dropped dramatically, and Moburst and Shopkick shifted strategic attention to online shopping and driving acquisition there via social platforms. A social media audit revealed that within Shopkick’s immediate competitive set, attention was heavily saturated within Facebook, Instagram, and Twitter, and there was much less competitive attention and investment on TikTok. The campaign, then, targeted an 18-30 audience on TikTok.

The first iteration of the campaign did not perform well. To get it out quickly, assets were used from other platforms. These did not resonate well with the TikTok audience, so Moburst went back to the drawing board to develop a much more TikTok native-looking campaign.

Judges’ View:
“I liked the test and learn approach and the quick developments in response to the situation to improve the success of the campaign.”

When the pandemic hit and MG OMD was tasked with driving downloads off the NHS contact tracing app, research told the agency that most smartphone users in the UK supported the idea of having such an app. There were concerns, however, that not enough people would download it. The agency needed to provide social proof people were choosing to download. There were also barriers to address around data security and functionality, especially amongst youth and BAME communities. They needed to be specific about how the app would be used. MG OMD knew also from regional pilot activity that there was only a four-day window from launch to peak downloads before motivation and momentum dropped off. They needed to condense they communications.

And so The Big App Download weekend was born, to create a feeling that the whole country was downloading and using trusted voices to reassure people that the app was safe. This was facilitated by a coalition of media partners with universal appeal, urging the public to download the app to protect their loved ones  and unpacking the multiple benefits of doing so. All supported with an integrated PR, partnerships & influencer push.

Six paid media partnerships promoting ‘The Big App Download Weekend’ were developed. These included bespoke ‘ITV Presents’ announcements in the highest-rated weekend shows to create momentum. Cover-wraps and HPTOs in over 70 national, regional, and community press titles and a video featuring 13 celebrities urging people to download launched on over 300 online sites Partnerships with Global and Bauer created a national and local roadblock on radio and featured over 800 presenter live-reads station and 8,000 trails, explaining who they were downloading the app to protect. In addition, trusted community platforms and influencers helped reach BAME communities with bespoke live reads across ten community stations, asking listeners to send in their names for an official download shoutout and running native language copy in 25 print titles

Partnership activity was supported with localised radio and out of home ads highlighting local area risk in real-time and acting as prompt to install. The agency also worked with OMG DOOH our digital OOH creative specialists to identify high-profile, large-format outdoor sites in major cities, applying a dynamic data feed from NHS Test & Trace to call on the residents of each area to protect their loved ones. In addition, acquisition campaigns with Google UAC & Apple app store provided timely reminders to download and created a seamless path to install.

MG OMD also worked with A Million Ads to create multiple variants for audio, using an array of regional voices, that could be targeted according to a listener’s location across digital audio platforms like DAX and Octave. And it worked with Next Door to sponsor local area ‘help’ maps to encourage people to download the app for the safety of others

This integrated approach delivered fantastic results. The campaign reached 95 per cent of the population in a single weekend. Recognition rose to 70 per cent, with 73 per cent of those claiming to know a great deal about the app and 70 per cent aware that by downloading they could help protect others. Most significantly, the campaign helped generate 13.4m downloads over the weekend, equating to 23 per cent of smartphone users – the fastest download of any app in UK history. At the time of entry, the app had been downloaded 20.9m times.

Judges’ View:
“Clearly an outstanding campaign that reached a huge audience quickly using all media types to boost the campaign effectiveness. Great use of targeting and techniques to reach specific groups and demographics.” 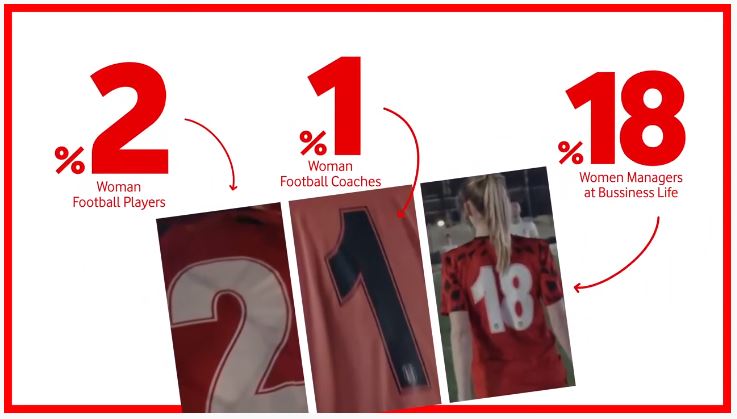 The honourable aim of this campaign was to promote equality for women, using women’s football as the focus.

Vodafone Turkey struck a sponsorship deal with the biggest Turkish Football Team, Be?ikta?. As part of the deal, on 8 March 2020, it organized an exhibition match between Be?ikta? women's football team and Atletico Madrid to show that women’s voices should be heard in the football arena.

In 2021, it leveraged the sponsorship on Women’s Day, using Paid Social to draw attention to the inequality between men and women using statistics which showed the low ratio of women pro footballers (2 per cent), and women football coaches (1 per cent). Using the hashtag, “#IExist” it aimed to communicate with football and sports fans and those who agree that inequality between women and men is an issue that should be challenged, as well as those who think that women cannot be successful in areas dominated by men.

After analysing the media consumption behaviours of the target audience, Vodafone decided to focus the activity on Facebook and Instagram, using Facebook's Pitch-Play-Plunge Approach and mixed-asset creatives to connect deeper with the right audience.

For the Pitch phase, Vodafone used influencers to share its videos and equality  messages. The message was so powerful that some influencers supported the campaign organically.

For the Plunge phase, the goal was to get people to really engage with the campaign, so Vodafone partnered with the Turkish streaming platform, GAIN, directing viewers from there through to a mini-documentary series on Instagram TV. These documentaries were about women's struggles for equality, told in their own words.

Great numbers, all helping in the cause to raise the issue of women’s inequality and start to do something to address it.
Judges’ View:
“A great example of overcoming a hard-to-reach audience by literally creating a campaign that left no woman behind. Great awareness of the sponsorship, with a lasting halo affect from a diversified social strategy that went beyond ads. Well done!”

That concludes our round-up of all this year's winners. If you missed any, you can catch them again on the Awards website.