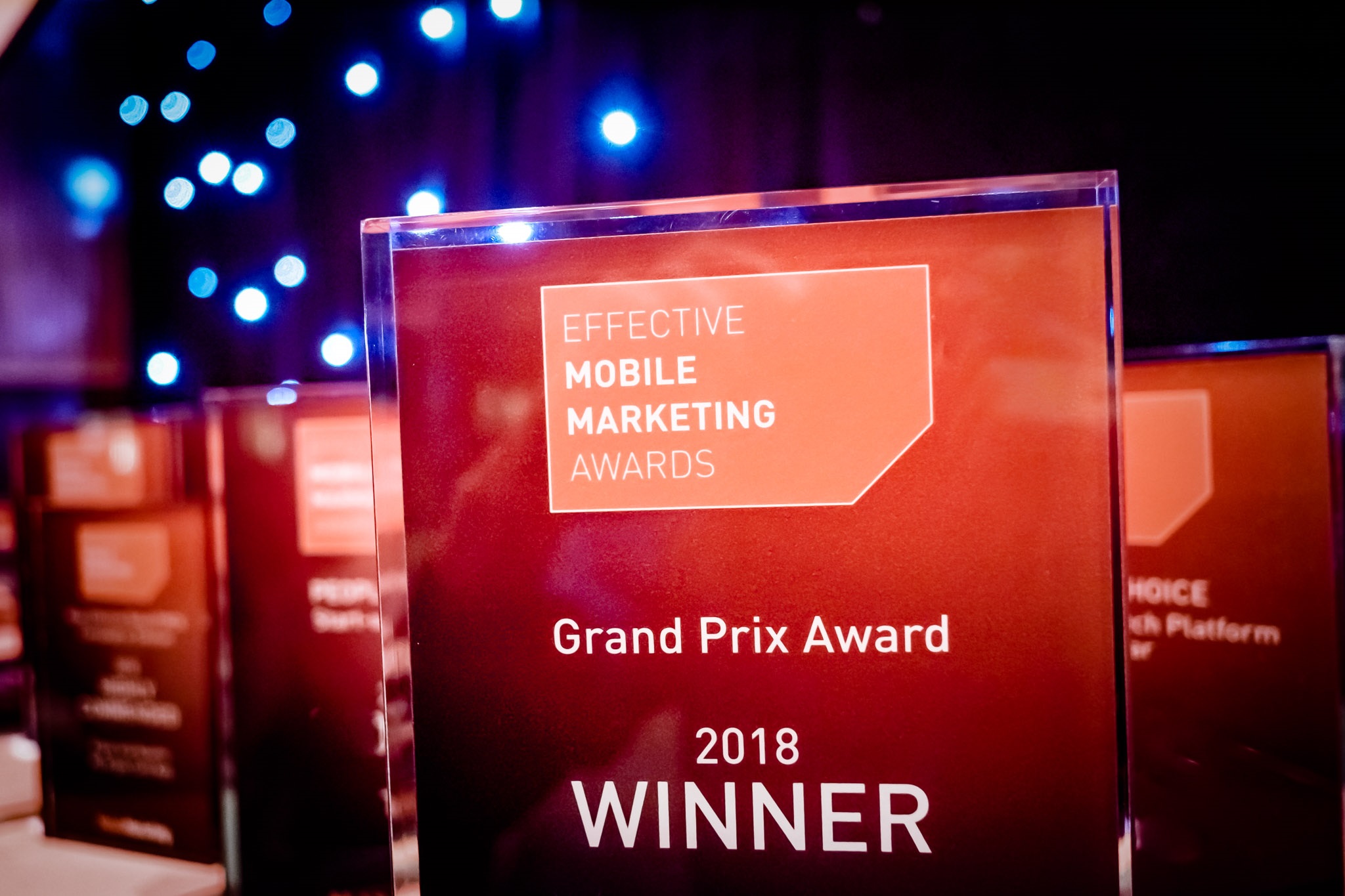 The winners in all 34 categories, including four People’s Choice Awards, were revealed at an Awards Ceremony in London this evening, attended by over 200 representatives from brands, agencies and mobile marketing firms.

Brands honoured for their work this evening included Very.co.uk, who, along with their agency Fetch picked up three awards, including the Grand Prix for their Christmas 2017 campaign. The campaign set out to outsmart the big-spending competition by reaching consumers on their mobile screens, something they did with great success.

Fetch picked up another two awards for their Words Chosen Well campaign with The Telegraph, whose goal was to build the next generation of loyal Telegraph readers by connecting data and editorial, and using a combination of mobile, out of home, social, programmatic and podcasts.

Another double winner was the ‘Air BnB for pets’ platform, TrustedHousesitters, which took the awards for Most Effective CRM Campaign and Most Effective B2C App. The B2B App Award went to Sky, Domestic & General, Rufus Leonard and Pocket App for the Sky Protect Engineers’ App.

New categories this year included Most Effective Anti-fraud solution, which was won by Machine Advertising, whose platform detected and blocked over 12m fraudulent installs for its clients between January and May 2018. And Most Effective Chatbot Solution, which was won by Walkers and AnalogFolk for their Walkers Win Live campaign, which used a chatbot to encourage and enable TV viewers to enter a competition promoted on-pack.

AnalogFolk also picked up the award for Most Innovative Campaign along with Marmite for their TasteFace campaign, which centred on a web app that used facial recognition to analyse user reactions to Marmite when they tasted it. Using the app, consumers could request a free Marmite sample and then take the TasteFace test, analysing their reaction to provide them with a score, as well as GIF of their unique reaction that could be shared on social media.

The Chairman’s Award, awarded by Chair of Judges David Murphy, went to Auto Trader and AmazeRealise for their #AutoTraderGoals campaign that ran during this Summer’s World Cup, where they gave away a car every time the England football team scored a goal.

In the People’s Choice Awards, Procter & Gamble chief brand officer Marc Pritchard was crowned Mobile Marketer of the Year in an industry vote, in recognition, no doubt, of his efforts to clean up the digital advertising ecosystem.

Adidas was chosen as Brand of the Year, while AppsFlyer took the honours for Ad or Marketing Tech Platform of the Year, taking a huge 58 per cent of the vote. The Start-up of the Year Award went to banking firm Tide.

This year's Awards were sponsored by Weve. For information about partnering with the 2018 Effective Mobile Marketing Awards, contact john.owen@mobilemarketingmagazine.com

And for more on each of the winning entries, head to the Awards Site.  In the meantime, the full list of winners is as follows:

Most Effective Cross-screen Campaign
Very.co.uk and Fetch – Winning the Christmas Retail Race on the Second Screen

Most Effective Use of Data
MGM and Publicis Sapient – PlayMGM

Most Effective Entertainment Campaign or Solution
Sony Pictures, S4M and IPG Mediabrands – Going from the Small Screen to the Big Screen

Most Effective Launch Campaign
Kwiff and Total Media – It's Perfectly Normal. Until it's Kwiffed

Brand of the Year
Adidas

Ad or Marketing Tech Platform of the Year
AppsFlyer

Start-up of the Year
Tide

Huge congratulations to all our winners. Stay tuned for the launch of our 10th Anniversary Awards in the New Year.