Mary Meeker's Internet Trends 2017 - Everything you need to know

Every year, the digital industry as a whole waits for Mary Meeker to descend from the mountain, bringing a new year’s worth of data and patterns that provide insights into our online behaviour. As it is every year, Mary and her team have created a comprehensive view of the digital world, covering everything from cloud-based computing to mHealth, and running to some 350-plus slides.

We’ve broken down the information from her Internet Trends 2017 report into some key learning points for you, showing where the digital world has been, where it is, and crucially, where it is headed. 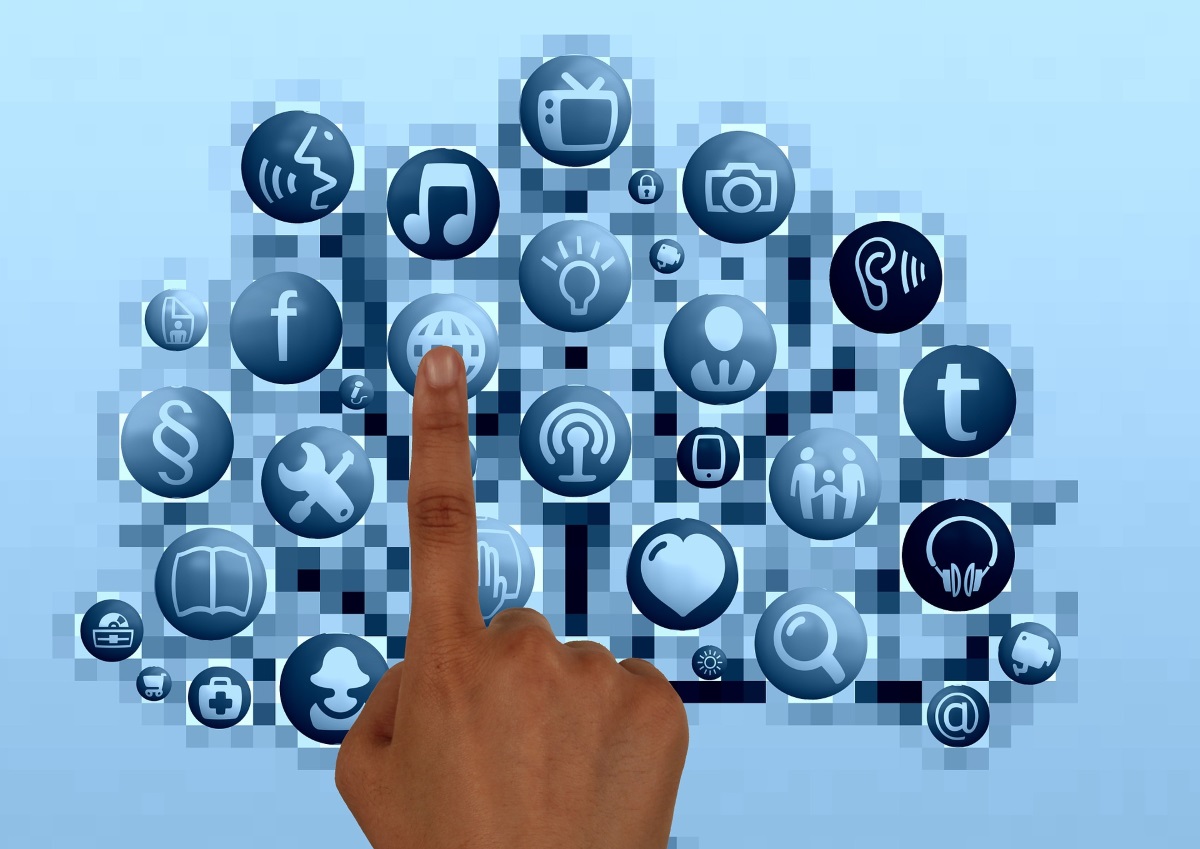 Overall, global internet use saw flat growth, up 10 per cent year on year to 3.4bn users. Smartphone growth is slowing, with both shipments and installed base up by less than last year. Shipments grew by three per cent, compared to 10 per cent in 2015, while installed base grew 12 per cent versus 25 per cent last year.

However, mobile internet usage continued to outpace desktop and laptop, up four per cent year on year while personal computers saw no growth for the second year running. Time spent online on mobile is now over three hours per day for the average US user, compared to less than one hour just five years ago. 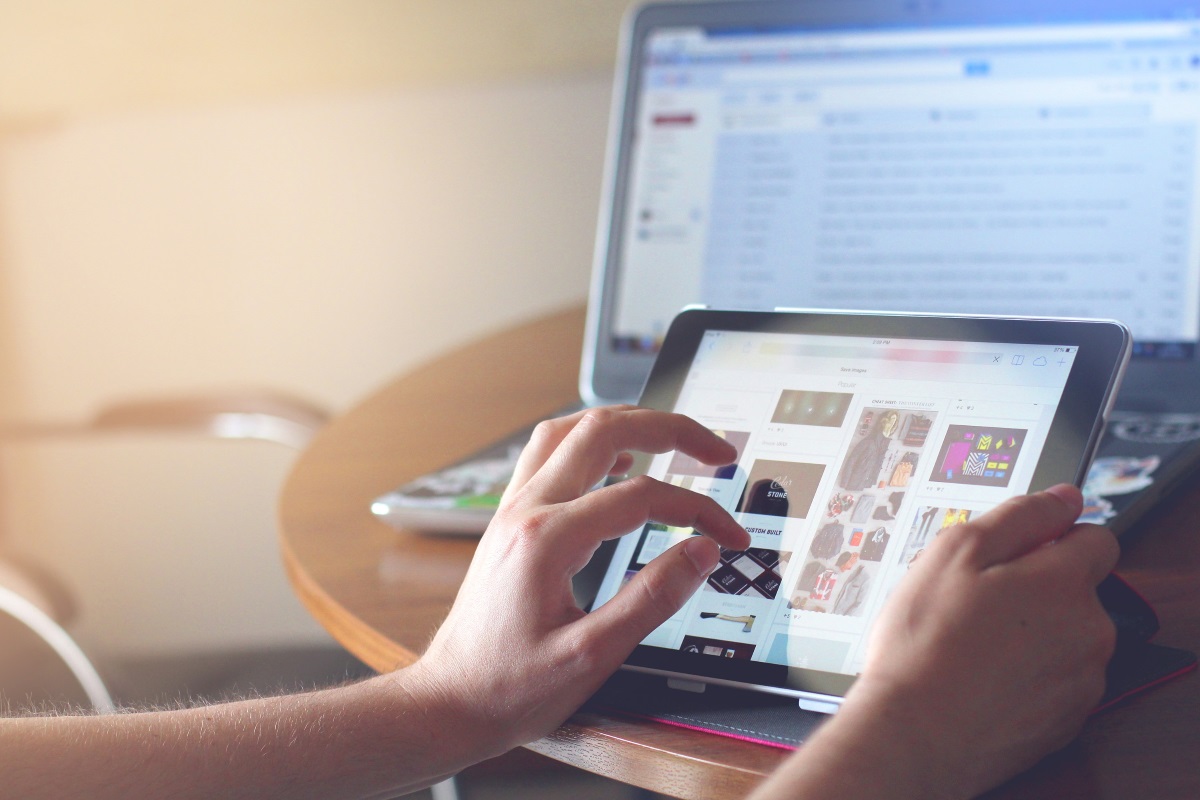 If every other report in the world hadn’t convinced you, it’s now official – ad growth is largely driven by mobile, with ad spending on mobile now exceeding desktop in the US. Growth is actually accelerating, up to 22 per cent year on year from 20 per cent last year. Globally, ad spending on internet will exceed TV within the next six months.

The digital world continues to have a huge impact on commerce and retail. eCommerce sales growth in the US is accelerating again, up 15 per cent this year to almost $400bn. 10bn packages are now sent a year in the US, up nine per cent year on year, and while retail store closings may break a 20 year record this year, more digital native brands are going offline with high end retail experiences. 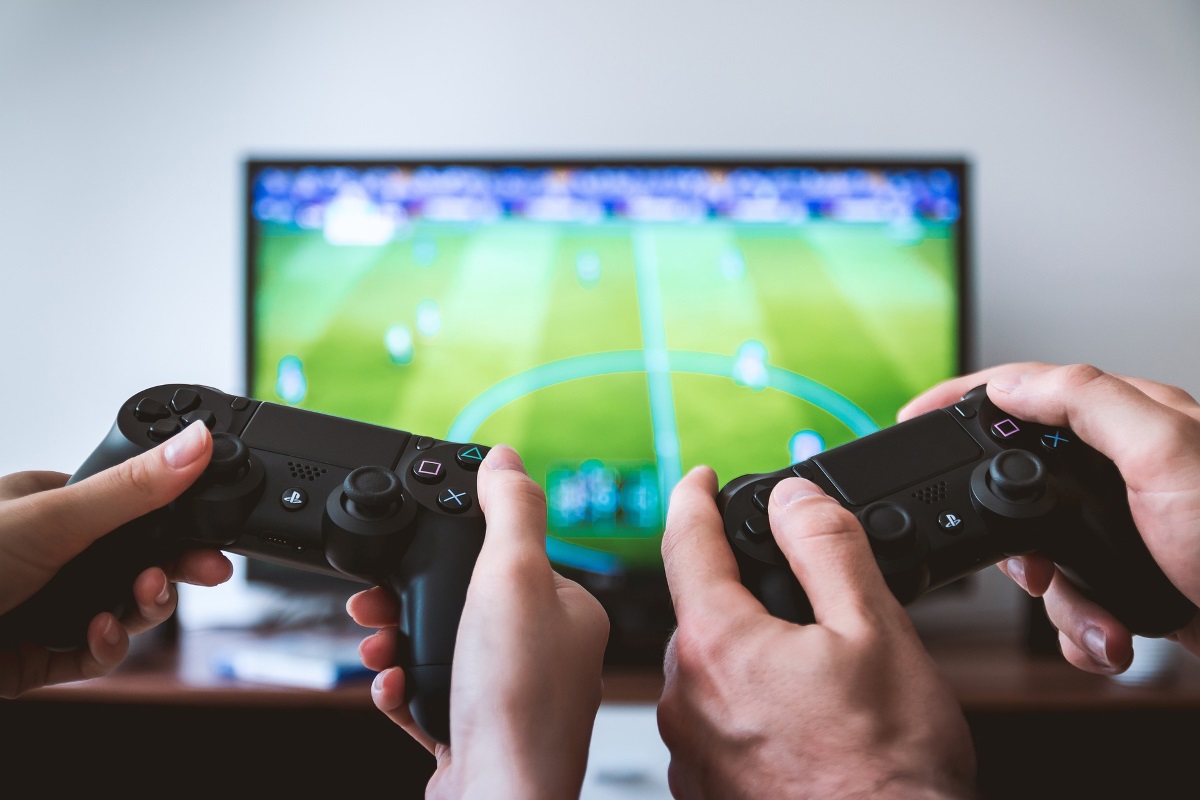 Digital gaming is a new force in entertainment, having grown from 100m gamers in 1995 to 2.6bn now. Generation X and millennial consumers have been gamers since birth, and gaming has evolved from a single person activity to online worlds with millions of players, plus spectators. Revenues are up nine per cent to $100bn, with almost 50 per cent of that generated by the Asia Pacific markets, and gaming giant Blizzard boasted 42m monthly active users across its various franchises in Q3 2016.

The rise of streaming has helped the recording industry turn around, with revenues up 11 per cent this year, compared to an average annual growth rate of -4 per cent over the past 16 years. Streaming now accounts for 52 per cent of all music revenues in the US, compared to zero just 13 years ago. Spotify, the driving catalyst for this transformation, brings in 20 per cent of the global music industry revenue.

Television tells a similar story. In the US, the top five networks have seen a 10 per cent drop in the amount of minutes delivered over the past five years, while Netflix has seen a 669 per cent increase. In the ten years since streaming launched, the platform has built a customer base of 95m subscribers, and generates quarterly revenues of over $2.5bn, or around 30 per cent of all home entertainment revenue in the US.

China and India: Blazing Ahead

The Chinese economy is continuing its evolution, with 52 per cent of GDP now coming from the service sector, compared to 23 per cent 35 years ago. Internet user growth remains healthy at around 12 per cent, with 700m now online via mobile, while usage rates are growing even faster, up 30 per cent year on year at over 2,500m hours per day. Internet, either via desktop or mobile, now accounts for 55 per cent of all media time in China, with mobile alone just under 30 per cent.

Online gaming is huge in China, accounting for around $22bn in annual revenues and growing much faster than the US market in the same period. In fact, last year was the first year video game revenue in China exceeded that in the US or EMEA. Livestreaming, either in the form of entertainment, social or a blend of the two, is also a growing market in China, boasting an impressive lead in revenues per hour over TV, online video and even online gaming.

China is also a leader in on-demand transportation, with 67 per cent of global journeys in Q1 2017 completed in China. The number of trips in China has more than doubled in a year thanks to the growth of both car and bike services, and now exceeds 10bn a year in China alone. The low-cost, mobile-enabled bike sharing market has been especially popular in China, which has also driven the adoption of mobile payments in the market.

Chinese eCommerce has seen strong growth, up 24 per cent year on year, with 71 per cent of revenues now coming in via mobile. eCommerce penetration is ramping up faster than other countries, despite having only begun to take off 10 years ago. Looking at eCommerce as a percentage of total retail sales by country, China now holds joint second place with the UK, with only Korea ahead.

Online advertising is also showing strong but slowing growth in China, up 30 per cent year on year to $40bn. Mobile newsfeeds have proved a popular channel for native, personalised adverts, with an estimated $6bn in ad spending this year, up more than 70 per cent on last year. 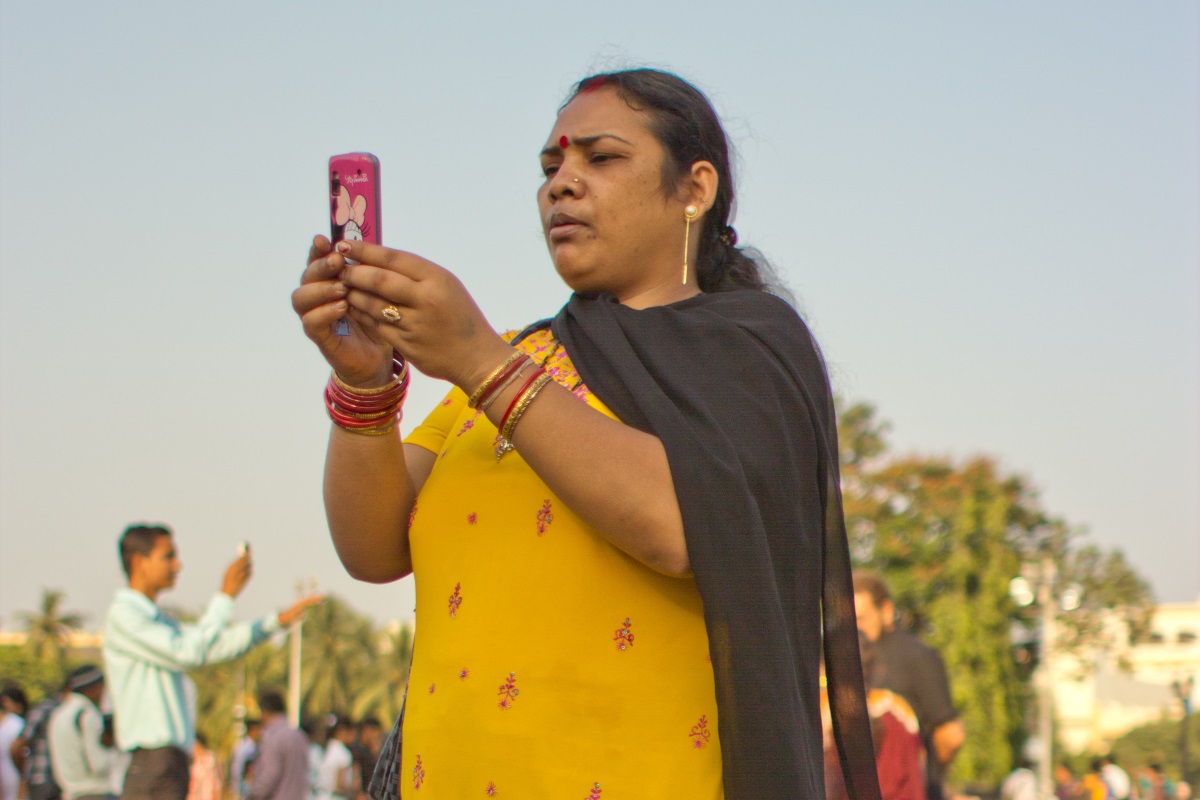 Meanwhile, in India, GDP is growing at a faster rate than any other country with a trillion-dollar-plus economy, at 6.8 per cent year-on-year, and internet usage is also on the rise, up 28 per cent year on year to 355m users, or 27 per cent penetration. Smartphone sales grew five per cent over 2016, down from 29 per cent in 2015, with around 26m units shipped every quarter.

Excluding China, India is now the largest global market for Android phones, with total time spent and Google Play downloads now ahead of the US. Average smartphone prices are falling, both in price terms and as a percentage of GDP per capita, but remain costly for the average consumer, with feature phones still accounting for around half of sales. Data costs have fallen sharply, however, and in Q1 2017, dropped below the two per cent of GDP per capita line which marks the threshold for widespread affordability, according to the Alliance for Affordable Internet.

This decrease in data costs has seen a sharp increase in data consumed, with total monthly wireless data consumed having grown nine-fold in less than a year. Popular music and video apps have seen usage grow dramatically over the same period as consumers grow more used to data-intensive services.

Mobile accounts for around 80 per cent of all internet usage in India, making it second only to Nigeria in terms of mobile usage, and as such it is proven a vital development ground for future innovations such as mobile identity, payments, entertainment and education. However, factors like language barriers and the difficulty of doing business has held back local innovation, despite growing levels of venture capital investment.

The Rise of Digital Health 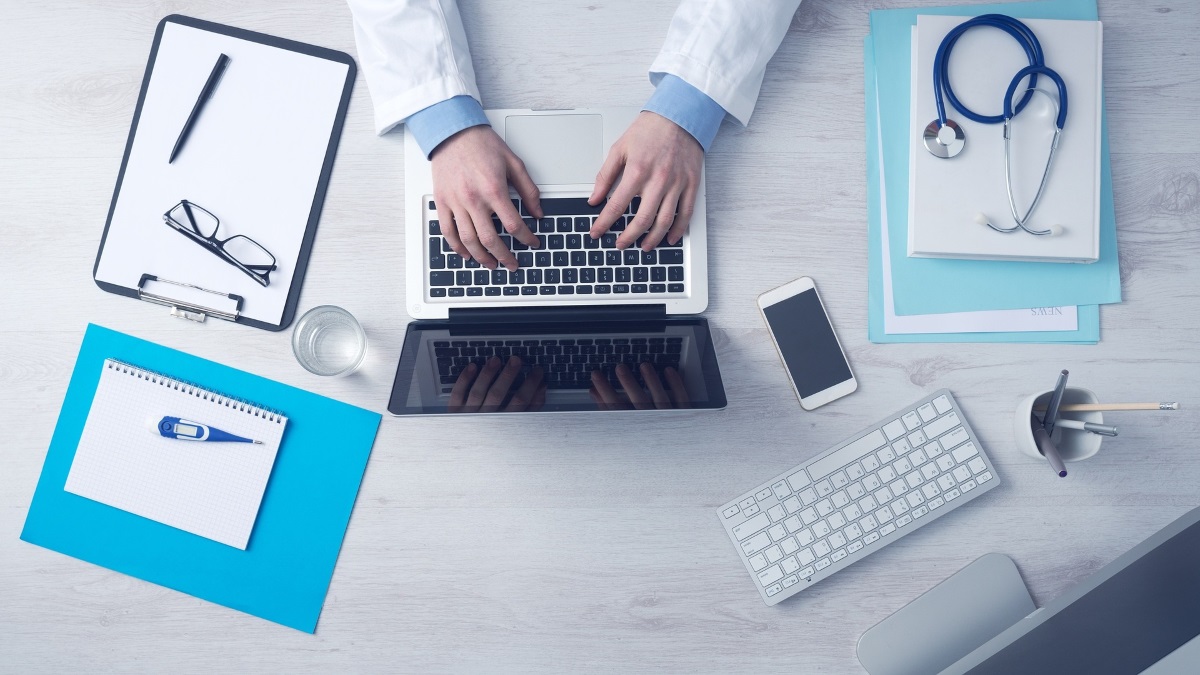 According to the report, healthcare now sits at a digital inflection point, with the growth of smart instrumentation and data accumulation forming a virtuous cycle that will improve therapeutic and healthcare quality levels and encourage innovation. Most widely used medical technology is now digital or connected, and diagnostic technology has advanced considerably, with the number of commercially available lab tests having quadrupled since 1993.

Consumers are increasingly willing to share their health data with tech firms, which has seen a growth in health and fitness apps and rising adoption of electronic health records among physicians. Hospitals in the US offering digital access to healthcare information has grown seven-fold since 2013, and the amount of healthcare data held on computers is rising by around 48 per cent annually.

Data silos between different clinical sources are breaking down thanks to broad efforts to share data among the scientific community, but the long cycle of clinical trials means that while advances are accelerating, the timeframe for change remains long. However, consumer expectations are also shaping advancements – 48 per cent of millennials expect to be able to go online to find a physician, and 42 per cent have sought remote medical care or advice.